After adopting her ‘orphaned’ son, Sue Brierley soon discovered that his biological mom was still alive

What Should She Do?

Living with an abusive father could have broken Sue, but when she was a young girl, she had a vision of herself as an adult with a small, brown child by her side. In that moment, she realized she had a destiny, and it looked nothing like her past. She knew would overcome the trauma of abuse and love her children the way she always wanted to be.

Sue and her husband Joe could have biological children, however, instead of bringing them into a broken world, they wanted to rescue children who were living in difficult circumstances and bring them into their loving home. They believed adoption gave them a greater capacity to accomplish good. 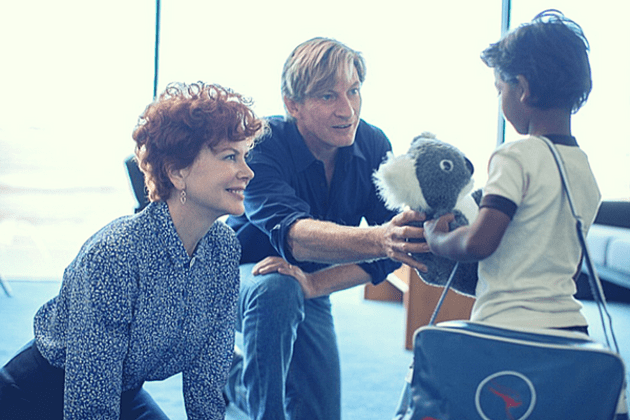 So, when little Saroo stepped off the plane and into her life, Sue's heart was full. When asked about that moment, Sue said, "It was just so amazing. He just had these incredible eyes. And calmness about him. He seemed a little bit cautious. But he didn't seem fearful ... He virtually put his life in our hands from the first moment we met."

Sue wanted to embrace every piece of Saroo, including his past. She decorated her home with brass Indian ornaments, Hindu statues and elephant figurines, attached a map of India to the wall of his bedroom and learned to cook Indian food.

But what she didn't know, was that Saroo belonged to another mother. One who was still searching for him.

When Saroo hadn't come home, his mother, Fatima, went searching for him. She was exhausted after carrying hot bricks from sun up to sun down, but still she spent the night searching. He had gone with his older brother to scavenge and beg at the train station, but he was nowhere to be found. Fatima and her neighbor boarded trains to search for Saroo in nearby cities. She searched long and far, but she never went far enough. Her child was gone.

Saroo had accidentally boarded a train bound for Calcutta, a city 930 miles away from his home. Uneducated and only speaking Hindi, the boy couldn't find the help he needed. No one knew where his small town was and he didn't know his mother's name.

He lived on the streets dodging kidnappers and bullies for over a month, until he was taken in by an orphanage and sent to Australia to live with Sue and John.

In quiet moments, Sue would often ask about Saroo's past, but he didn't understand English and she never wanted to push him to revisit possible painful memories.

Sue knew Saroo had been loved, but she couldn't fathom the journey her son had been through. Saroo told CNN, "They [Sue and John] didn't know my past and what had been ... All anyone knew was that I had been picked off the streets of Calcutta." 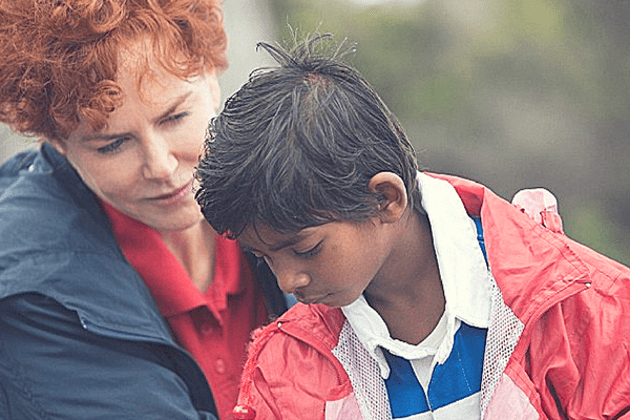 Saroo reveals his past

At first, Saroo chose not to talk about his past. He embraced his new life and family. He had food, he was loved and he felt safe. "I thought perhaps it was wrong to dwell on the past - that part of the new life was to keep the old locked away - so I kept my nighttime thoughts [of India] to myself."

But as he developed trust in his new family, Saroo revealed bits of his past. He told Sue he had lived with his mother, two brothers and a sister, and an abusive father (like Sue) who had left his family penniless. But for the most part, Saroo focused on the present and tried to leave his old life behind.

However, on a rainy day about a year after he was adopted, Saroo and Sue were cuddled up on the couch. Feeling safe and loved, he told Sue everything about his past and that he believed his mother was still alive. "In the whirl of memories... I was soon telling my Mum about the circumstances of my becoming lost, as she looked at me amazed, and took notes," he said.

It was then Sue realized the son she had adopted wasn't an orphan, but still had a mother in India who was probably devastated about losing him.

Haunted by memories of his past, Saroo obsessively searched Google Earth for the images of his home in India that were burned in his mind. After seven years of searching, he found his home. 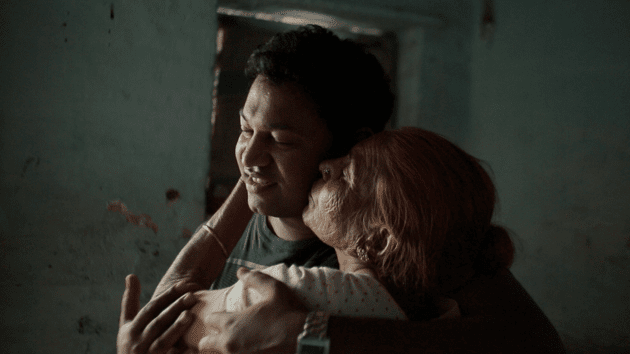 Saroo immediately made plans to return to his India. Twenty five years after he had vanished, he found Fatima. He learned that she had looked for him and that she always believed he would find her again.

In a text to Sue and John, Saroo said, "The questions I wanted answered have been answered. There are no more dead ends. My family is true and genuine, as we are in Australia. She has thanked you, Mum and Dad, for bringing me up. My brother and sister and Mum understand fully that you and Dad are my family, and they don't want to intervene in any way. They are happy just knowing that I'm alive, and that's all they want. I hope you know that you guys are first with me, which will never change. Love you."

Watch this incredible story on the big screen in the acclaimed film "Lion" starring Dev Patel and Nicole Kidman. 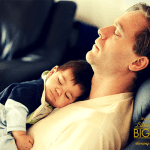 16 Things Dads Do That Melt Your Heart