Am I Ok? When Her Concerns Become Obsessions

When Your Daughter, Who is Now Growing Up and Realizing Different Changes Happening Within Her Body, Begins to Obsess Over Her Health, What Do You Do? Advice From a Nurse Will Shed Some Light on This Issue and Give Parents and Their Daughters Peace.

When my daughter Brittany was 11, she became obsessed with her health. She began worrying about things that, while not impossible, were quite improbable. One day she came to me convinced that one eye was bigger than the other. "Do you think I have an eye disease?"

Shortly after, she complained to me, "My neck is stiff. Do I have meningitis?" One night, she showed me a bump on the back of her head, certain that it was a concussion. "Mom, it really hurts. If I have a concussion and then go to sleep, will I ever wake up again?"

I tried to reassure her, but I confess it was all driving me a little batty. And it wasn't good for her either - when she became fixated on her health worries, she had a hard time sleeping and concentrating on her schoolwork. After the concussion discussion, I realized it was going to take more than repeated doses of, "You're really OK." We looked up concussions on the Internet, and once she had more information, she calmed down.

I wanted to know more about why this was happening.

Why girls obsess about their bodies

Our doctor's nurse, Vickie, who has listened to a lot of girls over the years, wasn't surprised when I mentioned my concerns. Vickie told me that during the tween years, girls pay very close attention to everything about their bodies. At the same time, they become more aware of all the things out there that can go wrong.

"It's common for girls this age to worry about changes going on inside and outside their bodies. They have been little for so long and suddenly puberty takes hold and they're confused. The main thing to let her know is that you are there for her and she can ask any question, no matter what it is."

Young girls' concerns tend to center on whether body changes are normal. Girls often ask about:

If information on the topic and reassurances don't help your daughter's anxiety, Vickie suggests taking her to the doctor for a check-up to ease her mind.

Because many girls are so focused on their bodies and worry about what could go wrong, Vickie recommended that I educate Brittany about more mundane - but much more realistic - health problems and how to prevent them. Girls are much more likely to be struck with a cold virus than cancer, so try to get her in the habit of washing hands and covering her mouth when she sneezes. Not sharing toothbrushes, drinks, food, hairbrushes, and shoes is a good way to avoid transmitted germs, nits, and funguses. Regular showering and underwear changes also keep germs at bay.

They hear a lot on TV and through other media about health issues - from epidemic outbreaks to physical and mental diseases - and often talk about them with peers who may not be well informed. They may hear their parents and adults around them discussing health problems of friends and relatives, which may lead them to think that they will have the same problems. They can even be at normal size and begin obsessing about weight problems when that's what they hear from parents or other adults around them.

I decided to be more proactive about letting Brittany know that just because she overheard something about a disease or accident it didn't mean it would happen to her. If she wanted, we could gather some information about anything that concerned her. And I wanted to make sure that I didn't make remarks that made her think my body, or her body, was the wrong size.

Brittany is 19 now and doesn't worry much about her health these days. As Vickie told me, most girls grow out of the stage as changes in their bodies stabilize and their self-confidence grows in the teen years. In time, your daughter will sleep better at night - and so will you. 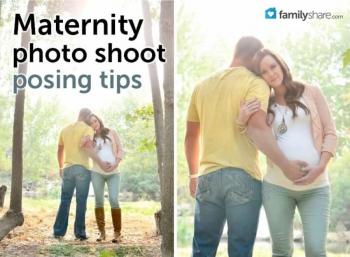