And if all your friends jumped off a cliff …?

Kids everywhere have recited the statement, "But Mom! All my friends..." you fill in the blank. It's a request to do something crazy, have something expensive and a set up to make you feel guilty. How do you respond? Mom and daughter tackle the problem.

"But Mom!" my 16-year-old daughter Erin begged, "All my friends got cars when they turned 16!" There it was the fateful line that ALWAYS begins, "All my friends..." fill in the blank:

Dr. Jay Giedd, a neuroscientist explains that we can't expect teens to think clearly as their brain isn't finished developing. What I think he says is that if they seem crazy, it is because they have half a brain.

He explains, "The frontal lobe is often called the CEO, or the executive of the brain. It's involved in things like planning and strategizing and organizing, initiating attention and stopping and starting and shifting attention .....

"I think that [in the teen years, this] part of the brain that is helping organization, planning and strategizing is not done being built yet ... [It's] not that the teens are stupid or incapable of [things]. It's sort of unfair to expect them to have adult levels of organizational skills or decision making before their brain is finished being built. ..."

So, knowing our teens are half baked, why are we still shocked when they ask us for outrageous things? Like when my daughter Erin explained very carefully how I was a neglectful mother because I hadn't purchased a convertible SUV for her 16th birthday.

So why did I feel guilty? Why did I feel like maybe she was right? Why did I want to make all her dreams come true? Why did I keep envisioning her happy face on her 16th birthday as she exclaimed, "Oh Mummy, you are the best Mummy on the whole planet. Now I will clean my room every day, I will never yell at you again or make you drive to the store for Kotex at 2 a.m. Now I really love you!"

Luckily I had been an amazingly manipulative teenager myself and wasn't so old I didn't see through her plot.

I knew what to do. I had learned the line of the century. I have used it a thousand times to follow the line that begins, "All my friends..." It is this - listen closely it's magic:

I said, "Oh honey, how I wish I could buy you a Mercedes convertible! If money was endless I would buy you one." Then I left it sitting in the air. It didn't work. She was relentless!

But still....that little nagging wish to be loved led me to the $10 car. Finally I talked to my husband. I said, "My husband, my love, All good parents buy their daughter a car. If we don't we will be the laughing stock of our small town as our poor child has to ride with all the drunks and drug addicts everywhere." See I had learned from the best, the 16-year-old. Luckily my husband had been married before and saw me coming a mile away.

He said, "Oh Honey, if I could buy our daughter a car I would. If money were no object I would buy it today. Luckily I have $10 and work at a used car lot and so I can buy her a car, just not a Mercedes. But it will be fine, you will see." He smiled and that day brought home a $10 rusting land yacht.

The day my father brought home the decomposing land yacht my so called life ended. Dead. Never would I be seen driving that heap. Nor did I want it in my driveway! Someone might see it! So I lovingly replied to my parents, who were waiting with anxious anticipation: I hate you. Walked away and slammed the door.

I tried to reason with them, tried to demand something else, but soon it became apparent they weren't going to give in. I'd say: Mom, I'm going on a date and need to borrow your car. The reply was simply to point at the key rack and say, "You have a car dear."

Finally I gave in and drove that heap to school. I was paying insurance for it every month, which wasn't much, I might as well drive the dumb thing. When I got to school suddenly every sponge out there wanted a ride. I was driving from one end of our tiny town to the next town over to drop my "friends" off. This boat was no gas saver. Soon I was demanding a fee for services. I began to realize, after a few breakdowns, that my father was a genius. He had given me a car that I could essentially repair with his help, no expensive trips to a car shop for me! I began to be a little more careful with my money and a little less anxious about driving my car. That didn't mean I would gladly grab the keys and go on a date, but for around town it was fine.

We began to joke about the boat at home, you could hear it coming all the way down the street. Then one morning I went outside to start the yacht, and it was gone. I asked dad where he had moved it. We soon realized it had been stolen. We broke down in hysterics. The officer on the phone was puzzled. We told him, you'll understand if you find it. Sure enough a few hours later a laughing policeman phoned to say they found it, in the next town. They theorized the sun had come up and the thief had realized what he was driving and ditched it for a newer model.

I learned a valuable lesson through my parents, one I will never forget. You have to learn to appreciate what you have to be truly happy. Even an old boat. 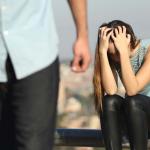