We Often Blame Ourselves For Getting into Relationships With Someone That is Abusive. Learn to Forgive Yourself and Learn How to Spot Mr. Wrong Before It's Too Late.

It may not be about you picking him out at all, it could be he is looking for someone who is caring and compassionate and is willing to take care of him or fix and save him. He may have low self-esteem, a tremendous fear of abandonment and attach himself to you because you have something he wants.

Why are we saying Mr. Wrong? After all, there is definitely a Mrs. Wrong and statistics show that women do abuse men. We are saying Mr. because studies show 85 to 95 percent of the time victims of domestic violence are women. Much of the research and information is about male abuse, which is a very different animal than female abuse according to the international Advocates for Human Rights.

The International Advocates for Human Rights report that 1 in 3 women in the world will be victims of, or have experienced sexual, physical, emotional or some other type of abuse in their lifetime.

The International Stop Violence Against Women project has an excellent fact sheet sharing statistics and resources for victims. Click here to view it:

Look out your front door and count houses in your neighborhood, or community. If you put a little red flag on the lawn of every third house, how many flags could you see from your porch? No one is immune. Victims come from all racial, cultural, financial and religious backgrounds.

So why are there so many victims of abuse? What can you do? Abuse is happening because it works. It is giving an abuser what he or she wants or needs. It also happens because we don't see it, it is often subtle, secret and not always against the law.

What does Mr. Wrong look like? Evan Stark, Ph.D., MSW, an educator and trainer, explains that an abuser is someone engaged in coercive control. Put simply, Mr. Wrong does whatever it takes to maintain power of his partner by using a variety of techniques, including fear, mental/emotional manipulation and taking away her resources, rights and freedoms.

. An abuser may come on strong, saying you're the only one for them and they can't live without you. They may be needy and make you feel like talking to someone else injures them or they may be jealous and upset if you talk to anyone else. Abusers may want a quick and total commitment.

Physical abuse is not always present and can be very minor. Physical abuse may occur only on occasion and can range from pinching and detaining a victim all the way to homicide.

Abusers may threaten violence against their victims, their own children or against a victim's family in an effort to keep control. They may threaten suicide. He may lose control, throw a tantrum, and break random items. However, when the victim cleans up the damage, she realizes that only her things were smashed.

Using friends and family against the victim

An abuser may play mind games by feeding information to friends and family about the victim, making the victim appear crazy or unstable and therefore not believable.

This can range from locking a victim in the basement all the way to suggesting that your friends are a bad influence and not changing the baby or doing the dishes when you are out with friends. Gradually, you stop leaving the house, because the abuser makes it such a hassle and finally your friends and family give up leaving you isolated. Abusers may call the victim so often that she loses her job. They might even sabotage her job and friendships.

Abusers may force victims to participate in sexual behavior against their will according to Evan Stark who reported that 68 percent of women seeking protection orders reported rape.

Abusers may play the victim. For example they may show up several hours late to dinner, and when cross examined about it they may blame their lateness on the victim's bad cooking and suddenly they are a victim.

This may include blatant name calling like "you are stupid, fat or ugly." It can also be subtle, like asking if you want a second piece of pie and implying that you are fat subtlety in an effort to destroy your self-esteem and maintain power and control.

Abusers may threaten to hire a lawyer and take children away from a victim. Abusers use legal systems to their advantage. The car mysteriously breaks, the victim doesn't have a phone and the abuser controls all the money.

How do victims respond to abuse?

Victims often report feeling like they are walking on egg shells, just trying to figure out what to do to make the abuser happy. They blame themselves, because if the abuse is their fault they still have some control and can change it. She might say things like, "I yell too," or "If I just lost weight and kept the house cleaner everything would be all right." The list of issues to fix gets longer and longer, changing day by day. Victims may try to change him or make things like they were when they first met. In a sense, they want some control of a very out-of-control situation.

What can you do? If you know or suspect that someone you know is in an abusive relationship, be careful! Talking to a victim can get her into trouble. Know and understand that a victim knows what is best for her. Abusers may be using technology to track victims' texts and computer use. Instead, learn about safety planning and contact someone who can help. One resource is the National/International Hotlines: Hot Peach Pages 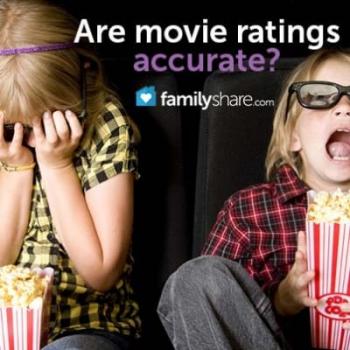