Avoid Divorce Like the Plague: 2 Magical Tips to Rebuild Your Marriage

Too Many Divorces Happen That Never Should. Couples Need to Do Everything in Their Power to Keep Their Marriage Strong. if You're Contemplating Divorce, Read This Article.

We recognize that there are situations that warrant divorce, but we've come to realize very few fall into that category. In far too many cases, couples are divorcing over situations that could be resolved if they tried, really tried, to make it work. We have seen the sorrow divorce causes, not only for the couple, but for their children. It's tragic. Social research shows that divorce is harder on a child than the death of a parent. That's eye opening.

Some short-term effects that children of divorce experience, researchers say, include "a sense of vulnerability as the family disintegrates, a grief reaction to the loss of the intact family, loss of the non-custodial parent, a feeling of intense anger (at) the disruption of the family, and strong feelings of powerlessness," according to www.ChildAdvocate.net.

Too painful for children

Recently, when a talk show host was interviewing adult children whose parents had divorced she was surprised to hear one say, "My parents brought me into this world, and I believe it is their obligation to stay married and give me and my siblings the security of an intact family. They should love us enough to work through their differences for our sakes. We are devastated by the divorce. It feels like someone pulled the rug right out from under us."

A 6-year-old boy on a birthday lunch date with his grandmother was involved in playing word games on a napkin when out-of-the-blue he said, "Divorce stinks!" She agreed. His parents had divorced two years earlier. It never gets easier for a child. Oh, they may get used to it, but the hurt remains deeply imbedded inside.

If you are contemplating divorce, we strongly urge you to reconsider. Many couples in a second or third marriage who have come for help have said that the grass is rarely greener on the other side. The faces are different, but the challenges remain with even more fuel on the fire with stepchildren and former spouses involved. If you have children, you never get rid of your former spouse. You have to deal with her or him for the rest of your life as you work through issues related to your children. Why not save yourself a lifetime of misery and do the things that make a marriage work in the first place?

A couple stated to their therapist that if they had only worked as hard on their first marriage as they're having to work on the current one, they would still be married to the first spouse and all the heartbreak for them and their children would have been avoided.

Two magical things you can do to start rebuilding your marriage

1. Right now, start noticing the good in your mate and tell him or her about it

Cease saying anything bad about your mate to him or her, to your parents or anyone. Here's an example that shows the power of this one action. A woman called in to cancel her first therapy appointment, which was two weeks away. The receptionist asked why, and she said, "We're getting divorced. I can't stand him any longer." When asked if they had any children she said they had two. The receptionist said, "For their sakes, and yours, please do an experiment for the next two weeks. She then asked the client to notice every good thing about her mate. Tell him, and say only good things about him during that time. She reluctantly agreed, saying it would do no good. Two weeks later, they showed up for their appointment. In the therapy session, the man began to cry and said, "These last two weeks have been the happiest of my entire life." His wife, also in tears, said, "And mine, too. We do love each other, and we want help to make our marriage work."

2. Look back at the beginning of your marriage

Talk about how you met, what attracted you to each other, and why you chose to get married. You'll be surprised how fun this can be and how it can ignite those old feelings again. Remembering why you married each other can help you begin to rebuild your marriage. Start doing the things you did then to have fun. Remember, kissing was a big part of it. Get back in the habit of showing your love for each other.

Couples can restore the love they felt at the beginning of their marriage and have a fulfilling, happy life together. Your children will praise you for it for the rest of their lives. Do it for them. Do it for you. 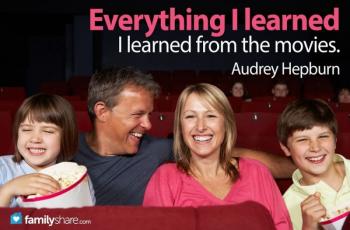