Boys Will Be Boys … or Will They?

Here Are Six Tips to Help Boys Be Energetic and Fun Without Encouraging Inappropriate Behavior.

I've recently read a lot about boys losing their ability to be boys. Society doesn't accept the loudness, rowdiness or off-the-charts energy.

So boys are asked to be quiet, sit still, play it safe"

I'm the mom of three boys - but I grew up with one sister. I was used to crying, whining and drama. But when my boys started "being boys" I was a little shocked! Talk of bodily functions, wrestling, hitting, shooting, jumping, shouting and talk of destroying things.

What in the world? Was I a horrible mother? Where had I gone wrong?

Well I don't think I went wrong "¦ I just think boys will be boys. They are naturally loud, rowdy, messy, aggressive and energetic. But they are not naturally rude, bullies, unsympathetic, hateful or mean. So here are a few ways to let boys be boys without letting them get away with inappropriate behavior:

Yes, I know we tell them not to hit or fight "¦ but when it's a safe place let them fight and get out energy. So, when dad is wrestling with them, don't step in or tell them to settle down. Ring the bell for the next round!

2. Give them a positive outlet

... like karate, that lets them hit, punch and kick - but also teaches them self-control and discipline.

This is what gives rough and tumble boy-play a bad name. No picking on someone, name calling or hitting.

4. Engage their gentle side

Teach them how to take care of a younger sibling or help an older person. They need balance.

5. Challenge their minds and their bodies

Boys need to figure things out whether that's how to get to the top of a tree or build a Lego city. Challenge them daily. They get bored easily.

6. Let them figure it out on their own

Boys will grow up to be men. Men who will lead their families, businesses, churches and our country. They need to be able to figure things out on their own.

Next time you see a little boy with a little too much energy or pushing the limits just think about his future. Will he be a solider fighting for our country? A dad working hard to provide for his family? An engineer building skyscrapers? A doctor curing cancer? Look at his potential not his misbehavior or high energy shenanigans.

Boys will be boys "¦ thank goodness!

Editor's note: This article was originally published on Consuela Parsons' blog. It has been republished here with permission.

Consuela is a writer and speaker and has a passion to help marriages and families thrive. She’s married to the love of her life, Tim and they have four children.
nextarticle 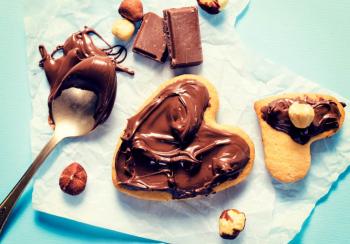