Comedian Katt Williams fights a teen at school. Here’s how to make sure your child doesn’t do the same

Comedian Katt Williams Recently Got into a Fight With a Teenager. Here Are Some Steps Parents Can Take to Make Sure Their Teen Doesn't Do the Same.

Early Thursday morning, a video surfaced online that showed the comedian apparently fighting a teenager after a friendly soccer match at the teen's school. The video shows Williams and the teen, Luke Walsh, exchange words before they brawl and scramble on the ground. After the teen backs up, Williams tells the young boy to stay away.

This guy needs an intervention if he wants to survive this summer. pic.twitter.com/v7qPzLupeb

Though the video shows the two mutually engaging in a fight, The Morning Ledger reported that the teenager might have planned to provoke Williams into a battle by talking smack during the soccer game, leading to Williams' eventual first punch.

One resident from the area said Walsh planned to get in Williams' face, The Morning Ledger reported.

"He told all his friends way in advance that he was going to get in [Katt's] face, talk smack and not back down until Katt hit him," the resident said, according to The Morning Ledger.

Walsh said Williams started the fight because he didn't enjoy the soccer game. After the game finished, Williams asked the teen if he wanted to "square up" before sucker punching him in the face, Vibe reported.

"I tried to shake his hand and he was like, 'back off me little boy.' I don't know if he was sour, but it is what it is," Walsh said, according to Vibe.

Regardless of who started the fight, this event may seem familiar for parents. Young high school teens will often find themselves in fights, for which they blame the other person. That's why Williams' recent scuffle with a teen can teach all parents lessons about how their child can settle conflict peacefully.

Fights among teens are nothing new. A 1999 survey of high school students found that 1 in 3 students have been in a physical fight, with 1 in 7 having that fight on school property and 1 in 9 receiving a physical injury that sent them to a hospital, according to the Center of Disease Control and Prevention.

This is where parents may need to take a more active role in their child's life. Young teens should know that everyone gets angry, and disagreements are going to come up regularly. But this doesn't mean they always need to resort to violence to settle conflicts, according to Healthy Children, a website from the American Academy of Pediatrics.

"Children do what they see others do. You are your child's most important role model," according to Healthy Children.

In fact, Healthy Children recommends parents use the phrase "ACT CALM" when talking to their children about fighting. Here's a breakdown of what that means.

Take a deep breath, count to 10 and walkway. Let your mind and body reset and refresh.

Think about the ongoing problem and see if there are any immediate fixes. Talk with someone else about your issues and grievances.

Walk away from the scene, stay alert and stand tall if someone isn't going to treat you nicely.

Avoid name-calling and insults when you can. They will only add fuel to the fire.

Listen to the other person's point of view and see if they have any issues you can resolve.

Find a solution to the problem that doesn't involve fist fighting. 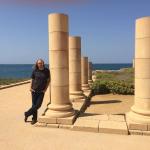 An American in Europe After Brussels