The soccer star opens up about the heartbreaking loss.

Soccer superstar Cristiano Ronaldo sat down with Piers Morgan on his show "Piers Morgan Uncensored" where he describes the pain he and his wife Georgina Rodriguez went through after losing their newborn son, Angel, during the delivery of their twins. “Probably the worst moment that I passed through my life, since my father died,” said Ronaldo. “When you have a kid you expect that everything will be normal. And then you have that problem, it’s hard. As human beings, me and Georgina had quite difficult moments, because we don't understand why it happened to us. It was difficult, to be honest, it was very, very difficult to understand what's going on in that period of our life."

Ronaldo and Rodriguez share a daughter, Alana, 5, along with 5-year-old twins Eva and Mateo who were delivered via surrogate the same year. As well as 12-year-old Cristiano Jr. who comes from a previous relationship of Ronaldo's. The father spoke about his other children's reactions to the heartbreaking passing of their baby brother by saying when Rodriguez "arrived home and the kids start to say, ‘Where’s the other baby, where’s the other baby?’ After one week I say, ‘Let’s be upfront, and let’s be honest with the kids, let’s say that, Ángel, which is his name, he go to the heaven.’”

He says that the baby's ashes remain in his home chapel, right next to his father's, who passed away in 2005. “It’s something that I want to hold for the rest of my life and not throw into the ocean, into the sea." 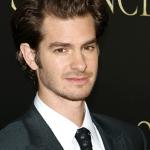 Andrew Garfield Opens Up About Feeling 'guilt' For…