The "Spider-Man" actor recently spoke with GQ about his feelings towards approaching his 40th birthday.

Andrew Garfield opened up in a recent interview with GQ about the 'guilt' he feels for not succumbing to the "societal obligation of procreating" as he approaches his 40th birthday next year. The actor recently won a Golden Globe Award for his role as composer Jonathan Larson in the movie "Tick, Tick... Boom!" The film highlights Larson as he takes stock of his life as he approaches his 30th birthday, which seems to parallel Garfield's life as he is approaching a milestone birthday as well. Garfield spoke about his thoughts about where he's at in life by saying, “I always thought I would be the first to have kids and settle down. And [my friends who are also turning 40 are] all shacked up and a couple of kids deep, for the most part. And I’m like…” he continued. “I’m here with you, eating a burger, just contemplating existence. Trying to fill my days with as much nonsense as I possibly can.”

Garfield mentions how his efforts to steer away from these guilty feelings about not having children by the age of 40 has been "easier" for him as a man. “It’s more about accepting a different path than what was kind of expected of me from birth,” Garfield told GQ. “Like, By this time you will have done this, and you will have at least one child – that kind of thing. I think I have some guilt around that.”

His reflection on his potential children also comes after the death of his mother, Lynn, who passed away in 2019 from cancer. “Life seems to be a perpetual practice of letting sh*t go. Letting go of an idea of how a thing should look, or be, or feel. And that one’s a big one [to let go of], because of course I would’ve loved my mum to have met my kids, if I’m going to have kids. And she will. In spirit. She’ll be there for it. I know she’s there, for all the big ones.” 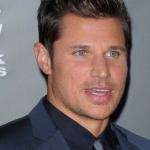