Daddy doesn't live here anymore, and the statistics reflecting the negative effect of this arrangement are alarming. Relationships expert, Rosalind Sedacca shares the consequences of this current trend in the rise of absentee fathers.

Most of the parents who read my newsletter are strong advocates of Child-Centered Divorce. That means they put the emotional and psychological needs of their children first when making any decisions regarding divorce and parenting. This puts both mothers and fathers on the same side when it comes to their children - as guardians, protectors and parents - not adversaries.

Sadly, not all parents divorce with a focus on compatibility in parenting following the divorce. The stories, like your own, vary widely, but the outcomes are painful for everyone in the family.

Statistics regarding the number of children who are experiencing the consequences of divorce, living life without access to their biological fathers or having infrequent interactions with their fathers are alarming. I'm sharing some of them below not to point fingers, judge or blame. Instead, I want to bring heightened awareness about this to families around the world encouraging parents to do everything possible to avoid falling into this sad reality.

Surveys show concern about this growing problem. According to stats found in an article at www.dads-daughters.com, 72.2 % of the U.S. population believes absentee fathers to be the most significant social problem facing America. That's easy to understand when you look behind the numbers and think about the families that have been impacted.

Of course, there's a big difference between fathering a child and being a "father." Children need the influence of a loving, protective and responsible father in their lives. But if that father isn't stepping up to his position, he may be doing more damage than by being absent.

That brings us back to the advantages of maintaining a child-centered divorce. The more we can encourage Mom and Dad to co-parent with care and compassion following a divorce, the better the outcome for everyone in the family. I know this isn't a simple challenge. Not everyone has the maturity and emotional stability to step up to the plate, put differences aside, and parent your children together because you love them unconditionally. But if you can and do - more power to you. You won't regret it!

Rosalind is the voice of Child-Centered Divorce, and author of "How Do I Tell the Kids About the Divorce." She writes for many publications including HopeAfterDivorce.org and FamilyShare.com. Visit her site at www.childcentereddivorce.com.
nextarticle 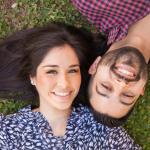 7 Keys to Better Communication in Marriage