Does religion make you happier?

Many people doubt whether religion can create happiness. Research shows that religion is beneficial in many ways - including making you happy.

We've all seen movies where, sometime during the film, you see happy families pile into a church to hear a sermon and then all the smiling faces come out as they talk to the pastor and shake his hand on the doorstep of the church. They all just look so ... happy. But, then there are movies where despite the families' deep religious convictions, the family is always fighting or going through other problems.

Because religious people go through good and bad times, it makes people wonder if religion really does make people happy. In a 2010 report from PsychCentral, one expert finds that yes, religion really does make people happier. The researcher points out several ways that religion can offer positive and optimistic things to people in order to help them through rough patches. For example:

1 - Having a religion can help you find like-minded people to associate with. Plus, having these kinds of associations can be sources of support in difficult times.

2 - Religion can provide optimism about the afterlife. This can take away the fear many people have of death and provide a positive outlook on an otherwise fearful thing.

3 - Religion can create a moral compass that guides to act in moral ways - which in turn helps us to get along well with other.

The researchers found not everybody who was religious was happier, however. And not just any specific type of religion was found to make people happier, either. There are common themes that make people happy that are also found in many religious sects. These are scientifically based principles that make humans happier and are also promoted by most (if not all) religions.

1 - Having supportive relationships (like those often shared with members of the same congregation).

2 - Being supportive to others (the Christian ethic of helping others).

3 - Having a meaning and purpose in life.

4 - Using talents, hobbies, etc. outside of work for others.

The benefit you get from religion is most important

While these are other scientifically-based reasons that religion can make you happier, perhaps the most important reason for your religious belief is the one you find for yourself. Religion is a personal commitment and devotion between you and a higher power. This devotion is best when it empowers you to feel better about yourself and encourages you to be a better person.

Of all the benefits of religion listed above, there is none more important than the one you find for yourself. The one that helps you feel better about yourself - inside and out. 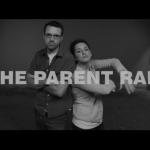