Ever felt embarrassed when your child stares at someone in public? 5 tools to handle the situation

'what Happened to Her Face?'

Every parent has experienced it: your kids pointing, staring, saying things that are innocent but so, so uncomfortable. It's plain mortifying.

It was an experience like this that inspired author and mother R.J. Palacio to write her New York Times best-seller "Wonder" (now a major motion picture starring Julia Roberts). One day, Palacio took her children to an ice cream shop. They sat down next to a girl with facial differences and Palacio's 3-year-old son started crying in fear. In an effort to protect the girl, as well as relieve herself of the embarrassment, Palacio gathered her children and quickly left the ice cream shop.

Of the experience, Palacio said, "I was really angry at myself afterwards for the way I had responded. What I should have done is simply turned to the little girl and started up a conversation and shown my kids that there was nothing to be afraid of. But instead what I ended up doing was leaving the scene so quickly that I missed that opportunity to turn the situation into a great teaching moment for my kids. And that got me thinking a lot about what it must be like to ... have to face a world every day that doesn't know how to face you back."

So how do you teach your kids that people who look different aren't so different on the inside?

Here's what you should do:

Maybe you shouldn't stop your child from asking, "Why is he in a wheelchair?" or "How come her face looks like that?" Our politically correct selves want to shush all those questions that, after all, we want to know the answers to as well.

Beth Hersom, whose daughter has Apert syndrome, which caused the plates in her skull to fuse together, said, "Believe it or not, every kid I've met who was allowed to ask as many 'rude' questions as they liked learned in just minutes to see my daughter as I see her. She is just a kid." So let your child discover that people who look different aren't different themselves by asking questions.

2. Do what you wish your child would do

If your child is acting in any way toward another person that you think is inappropriate, do what you wish he had done. For example, if your daughter says, "That man looks funny!" Go up to the man and start a regular conversation. Compliment his shirt or ask what kind of apples he recommends you buy. Demonstrating the behavior you want your child to model is the best way to teach her to do it in the future.

It's as simple as this: If you aren't talking about differences with your kids, they pick up information from other sources. For example, in one study, 1 in 5 children ages 5 to 10 assumed that the reason there had been no black presidents at the time was that it was illegal for black people to be president. Clearly, they picked up information and made assumptions based on their worldview without being taught. If you want to guide the way your child builds her view of the world, you need to be doing that actively.

4. Teach them to be aware of differences

Many parents try to teach their children to be tolerant of differences by trying to make them blind to the differences. The fallacy with that is that it's impossible to teach your child to be oblivious of differences. She can see them, and wherever she goes, she will see people discriminated against because of those differences.

If you don't talk to your kids about differences, your child may grow up thinking that the subject is taboo or that people who are different really are "other." They aren't growing up in a vacuum: If they aren't learning from you, they're getting information from other sources. If you want to influence what they learn, be involved in what they learn.

5. Take them to cultural events

Put them in places with people who are different from them so they can take part in a range of experiences. But it's not good enough to just take them: You need to draw attention to those differences. Sachi Feris, a co-founder of the organization Raising Race Conscious Children, said that if your purpose for attending an event is to learn about another race or religion, it's important to talk about that with your child.

For example, take your kids to see "Wonder," a movie about a boy navigating life, family relationships, school and friendships. This can be a great opportunity to open conversation with your kids about the way we treat people who may look different from us, but really aren't so different on the inside.

As a parent, you have the opportunity to mold the way your child sees the world and interacts with people. When you're in uncomfortable situations, relish in them because they are learning opportunities for your kids (and you). Engage your kids in conversations and sometimes let them take the lead when interacting with people. Your kids have a lot they can teach you as well. 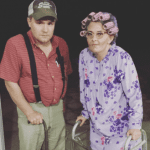