Fighting with your teen? Try these 4 tips

Teens are tough. They're defiant and strong-willed, but you don't have to fight with them. Here are four things you can do instead.

Raising teens is tough. They're finally independent enough to make their own decisions, but they don't have enough life experience to consistently make good choices.

On top of that, you don't have a lot of time to teach your teen all the things he needs to know before he strikes out on his own, and he doesn't exactly want to accept what you're trying to teach him anyway. Sometimes, it seems he'd rather ignore you and learn things the hard way no matter how convincing you are.

Well, rather than fight with your teen, here are four things you can do instead:

You don't have to be the parent of a teen for too long before you hear him question your motives. It sounds something like this: "You just don't like my friends! That's why you won't let me go out!" or "Why can't I take the car? Don't you trust me?"

The truth is, as a parent, you're imperfect. And no matter how hard you try, you can't help but let your imperfections come out sometimes. Sometimes, your reasoning really doesn't make a lot of sense, and you're letting your own personal biases get in the way of making good parenting decisions. Your teen will question your motives no matter what, so go ahead and beat him to it - just to make sure you're making the right choices.

You've heard this one many times before, but it's worth repeating. Yelling only makes a bad situation worse. It heightens emotions and is a sure way to alienate yourself from your teen. Yelling tells your teen that you want him to submit to you and that you'll use aggression to get him to do it. This is the last message you want to send. Instead, keep a calm voice and talk things through. Your teen might not listen to you, but he definitely won't listen when you're yelling. By choosing not to yell at your teen, at least you won't be making your relationship worse.

Teenagers are so tough because they're developing independence. This means they stop listening to you as much and try things on their own instead. This is a good thing. You want your teen to be autonomous. Among other things, this helps him launch successfully into adulthood.

Because your teen is becoming independent, this means he's going to challenge your rules and authority more. Instead of engaging in that power struggle by trying to convince your teen why you're right, just tell him things once and be done. After a while, he'll learn to listen the first time, and you won't squash his independence.

4) Try not to use excess leverage against them

As a parent, it's easy to get your point across to your teen. You just have to ground him, take his keys away, shut off his cell phone, etc. But this doesn't actually teach your teen a lesson. It just teaches him not to make you mad. Instead of being transparent with you, he'll begin placating you and doing things behind your back to avoid punishment.

Instead of using leverage against your teen, try to enforce natural consequences as much as possible. For example, if your teen has a party and breaks the TV, make him pay for a new TV - and don't give any allowance in the meantime since it's going toward the new TV. That said, you don't have to take the car and cell phone away too. Teenagers know when you're doing unnecessary things just to make life more painful for them. This creates resentment, distrust and a host of other bad things you don't want. 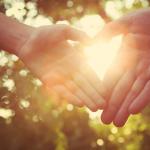 3 Powerful Parenting Lessons From the Bible