Parents Are Sharing Photos of Their Children on the Beach to Support the Parents Who Recently Lost Their Child.

Earlier this week, a 2-year-old boy was snatched and attacked by an alligator outside of a Walt Disney World resort hotel. Both the gator and the boy disappeared Tuesday night, but the boy was discovered on late Wednesday afternoon. An autopsy report released Friday explained that the boy had died because of drowning and traumatic injuries.

Authorities are still looking into details of the incident, but so far have found that the boy and his parents were watching a movie outside when the boy wandered off towards a lagoon where alligators frequent, CNN reported.

On Thursday, the boy's family released a statement sharing their grief and sadness about the loss of their son.

"Words cannot describe the shock and grief our family is experiencing over the loss of our son. We are devastated and ask for privacy during this extremely difficult time," Matt and Melissa Graves of Elkhorn, Nebraska, said in a statement. "To all of the local authorities and staff who worked tirelessly these past 24 hours, we express our deepest gratitude."

As I reported for Deseret News National, the internet decided to respond with mostly compassion following the incident. Social media users mostly supported the family, spreading messages about prayers while trying to uplift the family.

Dear Internet, can we please have a bit more compassion for a family who saw their son dragged away by an alligator?!! #DisneyGatorAttack

Prayers for the family. I cannot imagine their grief. They clearly did not understand how common alligators are in FL. #DisneyGatorAttack

A family lost their toddler. This is not a time for political statements or sarcasm. Grow up #America. #DisneyGatorAttack

But many parents across the United States are rallying behind the parents in another way - sharing photos of their young kids hanging out at the spot where the boy was taken by an alligator.

According to BuzzFeed, writer Kristen Howerton embraced the trend on her Facebook page, sharing a photo of her own children making a sand castle by the spot.

"It's easy to throw other parents under the bus when something terrible happens because we want to believe ourselves better," she wrote on Facebook. "We want to comfort ourselves with the idea that our superior parenting could prevent a tragedy; that bad things could only befall an incompetent parent. But the truth is, bad things happen to good parents, and they deserve our empathy, not our judgement."

Here's a picture of my kids playing in the same Disney resort lagoon where a child was attacked by an alligator. And yep...

Janice Croze, who visited the area in 2012, also posted a photo of her child in the water on Facebook. She said she hopes that those who criticize the family will understand that children have constantly played in that area and that parents aren't to blame, according to BuzzFeed.

"If anyone wants to judge those parents for letting their toddler play near the water at Disney World, here is Olivia playing on that beach. There were tons of children and adults wading at the water's edge. Never did any of us think there was any danger at all! This is a bizarre, horrific accident," Croze shared on Facebook.

If anyone wants to judge those parents for letting their toddler play near the water at Disney World, here is Olivia...

Similarly, Florida resident Jeannette Kaplun posted a photo of her children spending time on the beach. She told BuzzFeed that her "heart breaks for the Graves family. It could have happened to any of us."

Of course, not everyone's on board with showing sympathy towards the family, given that just a few weeks ago a similar family fell under fire for letting their child fall into a Gorilla's playpen. Though that child lived, the gorilla was killed following the attack.

According to Lenore Skenazy, a blogger for the web platform Reason, this contrast comes because the Graves' son died during the attack, and that any attacks wouldn't be fair to a family that "suffered enough."

There's also the fact that the father tried to wrestle his child away from the gator, showing that the family was indeed trying to keep their child safe.

Skenazy said the biggest difference stems from the idea that the internet mob mentality needed someone to blame with both the attacks. With the gorilla incident, they blamed the family. This time, they've blamed the Disney resort, saying they shouldn't allow families and children to spend time in an area where alligators live.

"In both cases, the crowd has found someone it can second-guess after an exceedingly rare tragedy," Skenazy wrote. "That way it doesn't have to contemplate the unpredictability of life, or the fact that there is no such thing as perfect safety. It can simply sit back and blame, which might as well be America's favorite coping device."

But for now, until more details of the case are discovered, it looks like parents are coming together to rally with the family, hoping that they will find peace after the dark shadow of grief passes over them.

Melissa Fenton, a mother of four, called for mothers and fathers to unite in this way on Facebook.

"To the mother and father who went for a walk on vacation for the last time with their little boy yesterday, I am deeply sorry that you had to experience the worst kind of tragedy possible, an accident. I grieve with you. Your baby was my baby. Your son was my son. I have nothing but love for you, love to help you get [through] the pain yesterday, today and for what is gonna seem like a thousand tomorrows. I wrap my thoughts and prayers around your aching heart and soul. May the God of this universe in some miraculous way bring peace to you and your family. That is what you say. THAT. And just THAT. Stop the blaming. Stop the shaming. In their darkest hours, can we please just LOVE other parents. Please?"

Parents, I beg of you, stop blaming and shaming other parents.

35 years ago, a mom shopping in a Sears department store... 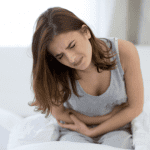 This Disease is More Prevalent Than Breast Cancer…