The SCARY truth that you could have Lyme disease and not even know it.

How much do you know about chronic Lyme disease? You may have heard of it in passing, but, like a majority of people, you couldn't tell your friends what Lyme disease is or what its symptoms are.

The scary thing is that chronic Lyme disease is actually more common than most realize.

What is chronic Lyme disease and why is it so hard to diagnose?

The bacteria causing chronic Lyme disease, Borrelia burgdorferi, can affect various parts of the body: the joints, the nerves, the heart, and more. If left untreated, it will spread to multiple areas, again, displaying sporadic symptoms that imitate those of other illnesses making it difficult to diagnose as Lyme disease. It used to be identifiable when patients were bitten by a tick and noticed a rash resembling a bull's-eye. However, less than 50% of Lyme disease patients actually experience these symptoms.

If you think that you're safe from Lyme disease because you don't live in a largely forested area, think again.

With a disease that has become so prevalent, why isn't more action taking place to make people aware of chronic Lyme disease? Shouldn't we have heard about this before now?

Perhaps more awareness is the necessary step to reduce the reach of chronic Lyme disease. It has only been a notifiable condition for the CDC since 1991, but since its national surveillance has begun, cases reported have seen a 25-fold increase. But even more awareness is needed to better fight off what could become the next HIV.

What can you do?

Share this article to help raise awareness about this disease. If you are worried about your risk of chronic Lyme disease, set up a consultation with a physician. With so many misdiagnoses, it it crucial that you see a specialist who knows how to properly diagnose Lyme disease and recognizes the symptoms as Lyme disease. Contact the FAR Clinic for a consultation today, and make sure that you and your loved ones are aware of this hidden and hardly known danger. 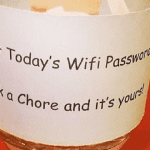