Fun Doesn’t Have to Be Expensive: No-Cost Activities For Children With Active Minds and Bodies

It Can Be Difficult to Find a Form of Entertainment For Active Children, Who Often Become Bored With Their Surroundings. Here Are Some Free Activities I Found Useful in Taming My Own Children's Bouts With the Heebie-Jeebies.

The heebie-jeebies is an idiom used to describe a feeling of uneasiness or nervousness. It is also an informally diagnosed ailment parents use to describe their overly active children. When, as a child bored with the stimulus of my surroundings, I was unable to meet the expectations for required behavior, my mother would say, "Do you have the heebie-jeebies or something? Sit still!"

At times, it can be difficult to find a form of entertainment for children with this frequently bemoaned childhood malady. Here are some no-cost activities I found useful in taming my own children's bouts with the heebie-jeebies:

My idea of a treasure hunt is based on the television show that ran in the late 1960s and early 1970s. Contestants would follow clues that led to a prize at the end of the trail. With my own children, I would make clues on small folded pieces of paper and conceal them while they waited or, optimally, while they were preoccupied (pre-planning is necessary). I would then hand them the first clue and they were on their way from one location to another in the house or outside until they reached the final location, which would award them with a treat or some other small token. Some of the more elaborate treasure hunts that my children remember included maps, cryptograms, and clues housed on moving targets, such as those I managed to slip onto the children themselves.

An activity in which children compete with one another through a series of "not quite" sporting events. Some events might include races with spoons, pillow cases or on a silly obstacle course. Making skill level and playing field as level as possible is important.

Active children love to explore. The activity requires physical exertion and the constantly changing scenery occupies their minds. Frequently, there are side trips such as small water or rock features that can make the experience even more rewarding by providing a place to dip the feet or a place to climb.

If you are near a small stream or even a runoff area, kids love to make boats and watch them race down the waterway. The boats can be made from anything that floats. Something as simple as a stick can work. To make the boat more elaborate, a leaf can be wedged into a crack in the wood for a sail. Find a place to launch them and watch them go. The children enjoy trying to spot their boats as they follow alongside.

Any type of sport can be a family activity. If your family is small or even if it is not, including friends can make the activity even more exciting. Sports are always active. The activity does not have to be an organized team sport. Try digging a few holes and setting up a miniature golf course using sticks and anything you can find for a ball.

It is amazing what you can create using leftover cardboard. Children love building forts. Try making a track for cars or a doll house.

Like cardboard, anything used to build or create can often occupy children for hours. Some building toys require an investment. However, there are inexpensive alternatives such as clay or simple wooden blocks. There are also no cost alternatives such as scraps from the worktable that can easily substitute for purchased blocks. Bread ties are great for making jewelry. As mentioned earlier, cardboard and other throwaways can be used for endless creations.

The key to an activity's success is activity. Frequent stimulus and variety that will occupy a child's mind and body is necessary. Also, most of the activities listed above require parental involvement or at least preparation. Play is not just for children. It is a family activity. Leaving a child to his or her own devices can often lead to disaster. Participating in a child's play will help increase creativity and form lasting family bonds.

Charles lives in Colorado with his wife Irina. They are parents to five children. He received his MA in Political Science from Indiana State University and his BS from Utah State University. He has been involved with youth programs for boys between the ages of 12 and 14 and has been a lecturer and teaching assistant at the university level. One of his current goals is to have a work of fiction published. In his leisure time, he enjoys gardening, hiking, and reading.
nextarticle 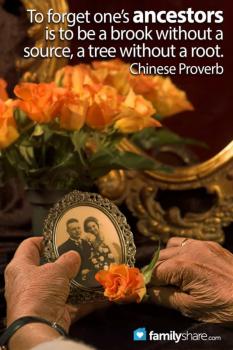