Let children believe in the magic of Santa.

Most children believe that Santa leaves presents on Christmas Eve when they're younger. However, they realize that Santa isn't real once they grow up. Well, some Gen Z parents refuse to let their children believe in Santa Claus because they feel they'll be traumatized when they find out he's not real. The hashtag "#SantaIsntReal" has been trending on TikTok with millions of views.

One user, Sierra McKenzie, made a video, which got thousands of views, letting people know that she told her three-year-old daughter that Santa wasn't real. McKenzie told the New York Post, "Telling kids that Santa is real is a lie, and I don't believe in building my kids up on a lie." Another mother commented on the video, saying, "I don't want to scare my children into thinking that they have to behave a certain way or that they were more 'naughty or nice' than another child based on Christmas gifts."

Gen Z parents argue that it can be traumatizing when kids eventually learn that Santa isn't real. Other parents say they don't want their children to fear Santa as a judging, all-knowing figure who will punish them if they're not nice. Instead, they would choose an upcoming trend known as "gentle parenting," when parents attempt to raise children by emphasizing respect and kindness over threats.

Essentially, they want their children to be good people for the sake of being good, not because they'll get something out of it. However, author and childcare expert Sarah Ockwell-Smith echoed a similar perspective on the Santa argument. In the same New York Post article, Ockwell-Smith says that it's essential for parents not to use Santa threateningly. She added, "The idea of an all-seeing, judgmental, mythical being spying on children is quite trauma-inducing. There's no surprise that so many kids cry when they meet Santa."

Others would argue that "gentle parenting" and the everyone gets a participation-trophy mindset is doing more harm than good to future generations. Parents aren't doing their children any favors by trying to guard their children and show the world as a perfect, utopian place. Doing so would only cause children a disservice. Perhaps some parents using Santa threateningly will show children their actions have consequences. If you don't behave, then you won't get presents.

Also, teaching your child that Santa isn't real could isolate them from their peers. While their classmates are discussing Santa and what they want for Christmas, your child could feel left out of the conversation or ruin Santa for another child. While it's essential to be honest with your children, let them believe in the magic of Santa while they're young. The world is already hard enough. 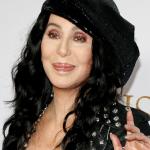