Handling and explaining global tragedies to your kids

How do you help your children understand worldwide tragedies?

Editor's note: This article was originally published on Jenni Schoenberger's blog, Mama Plus One. It has been republished here with permission.

It was all over the news. A commercial flight was shot down over a very volatile zone. The thing that is traumatizing and scary about this is that a normal activity - flying on an airplane - is once again linked with tragedy. While of course, there's danger in flying over a zone that's essentially at war, it's a flight path that a lot of planes were taking. This event just happened to be an anomaly, and it isn't the first major tragedy kids have heard about on the news.

Think back to recent months. You'll remember another airline tragedy, also featuring Malaysia Air, where a plane disappeared. At a seemingly normal sleepover, two pre-teens felt compelled to stab their friend multiple times while playing hide-and-seek, then blaming it on the work of Internet folklore. A man drove around a town and shot people because he was tired of being rejected by girls. A guy killed people outside of a Jewish center because of his hatred for the Jewish people (when those he killed were not even Jewish, not that it makes what he did any worse). It's very easy for kids to hear what's going on in the media and begin to feel unsafe on airplanes, in sleepovers, at the movies, at school or even just walking through their hometown. While you want your children to be informed and prepared for dangerous situations - like stranger danger or a school shooting - you also don't want them to feel so anxious and afraid that they can't function.

But there are some ways to explain and handle these tragedies with your children so they can feel better about these horrifying acts.

First and foremost, limit the time you spend watching news media, especially when coverage is first being reported. As tempting as it is to get sucked in and watch these things unfold, media is quick to share the most shocking details to keep you watching. Just yesterday I read very graphic detail about how one passenger on the Malaysia Air flight that was shot down was a "woman, in a black sweater." The article went on to detail how her face was covered in blood, and her left arm was raised over her head. It shared how bodies speckled the ground, a grassy area with purple flowers. It painted a picture in my head that was hard for even me to shake. Suddenly, this wasn't a plane crash that killed a bunch of people. It was a very clear image in my head of a woman, a victim, a dead body wearing a black sweater I could picture, I could imagine the texture of, see the horror on her face as this event unfolded. It made it personal. That's what media wants, but it's not what you want your kids hearing.

The best way to handle it is to just switch it off. If you must watch it unfolding, consider turning the TV off and keeping track of the emerging details on a smartphone where your kids will not hear what you're reading off of the screen, or consider watching coverage in another room or at a later time (DVR the newscast, and view it later).

I'm not saying kids shouldn't know what's going on in the world around them. I'm saying that, when tragedy is unfolding, it's often graphic and scary. I remember watching the news coverage of 9/11 and, as a middle school student, seeing people jump from the buildings. Live. On television. That's not something you want burned into your kids' heads.

Realize they'll hear about the event from others

Despite your best efforts to switch it off, kids will hear about things from others. I can guarantee if your kids are old enough for social media, they'll see it show up on Facebook (especially now with their trending topics section in the sidebar). Even if they aren't, there's bound to be one kid at school, in the neighborhood, at the park, who heard or watched the coverage and will bring it up to other children.

It will likely lead to questions from your child. When a gunman went in and killed children at Sandy Hook Elementary, it was a big discussion - these were young, young children. It's normal for children that age to go and say they heard about other children their age dying. Unfortunately, you cannot shelter your kids from hearing about it. But what you can do is explain it to them honestly, authentically, and in a way they'll understand.

Keep graphic detail to a minimum

When your kids do have questions, answer them. If your child says "Mom, did kids get killed at a school?" or "Did a plane get shot down?" you can say "Yes, it did happen. It's very sad, and I know it can be confusing. Is there anything I can do to help you feel better about it or understand what happened?" From there, you know your child best. But don't go in and give more details than they ask for. If your child asks about if there was a lot of blood or if it was painful, it's at your discretion whether or not that's something you share with them. What you don't want to do is answer their question as "Yes, a plane was hit by a missile because these people were fighting with these people and now 295 innocent people are dead." By giving more detail than they ask for, it can lead to some scarring or emotional questions.

There is a very real chance that your child will want to know "Could this happen to me?" As much as you want to hug them and say "No, I'll never let anything happen to you!" there is a chance it could, much in the same way that I could walk outside tomorrow and get hit by the mail truck. It's a very slim possibility, but it could happen. If your child asks about whether or not it could happen, it's good to give an answer to the tune of "Things like this are very rare. In fact, this is the first time that I've heard about a plane crash that happened the way this one did," or "You can go to school and feel safe; while it's very sad that this person targeted a school with his anger, you don't need to be afraid. While this will likely never happen to you, your teachers and school have a plan in place to keep you safe, just in case it does."

Of course, you'll want to gauge your child's age and general disposition before you share this. If your child is old enough, it's good to reinforce the idea that if they ever see anyone doing something suspicious on an airplane, in an airport or at school, for example, they should let a trusted adult know immediately.

Realize that questions may come later

As kids are being fed information, it can take time to process and ask those tough questions. You may find that you're sitting and playing Legos and suddenly, weeks later, a question comes up about the event. Be honest with your child, but also keep in mind how graphic detail should be kept to a minimum.

Pray for the families affected, and find a tangible way to help

Some kids may want to know how they can help, and may feel a tugging on their heart and mind. I know I heard a lot of stories of children who felt a very personal tug at their hearts with the girl who was recently stabbed by her friends. One way you can help ease this is to pray. Pray for the families who are impacted, any survivors of the event, the surrounding community, etc. And some kids may feel the need or desire to help. Research ways you can help.

After the Malaysia airlines flight went missing earlier in the year, a website called TomNod encouraged people to help pinpoint possible wreckage or rafts; a teen who feels compelled to help may be a good fit for this. When a girl died recently of an illness, a good choice for some was to donate stuffed animals to a local children's hospital in her honor. I know some children who donated allowance money to the scholarship fund created in her name. It was a tangible way to serve and help feel like they were doing something in the situation. Doing something often helps kids to feel less helpless about a situation they can't control.

Overall, transparency is key when talking to kids. Answer questions honestly and age appropriately; don't go into graphic detail, and only answer what they're asking without taking it further than you need to. Give them options on how to help if they feel that need, and help encourage them to use this as an opportunity to pray. Remind them that these incidents are rare and unlikely to happen to them, but also consider using it as a teaching point on awareness and safety where appropriate.

Situations like this are never easy for anyone, but making sure that you use them as a talking point and stay away from sensationalized accounts while kids are present can minimize the fear associated when scary things happen. 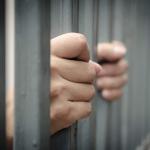