Has Holiday Creep Gotten Out of Hand?

How soon is too soon to start holiday shopping?

We may not be ready for the holidays, but retail chains are. In Costco and Lowe’s, Christmas trees are already on the sales floor; the year-end holiday sales at Walmart started at the beginning of this month, and Target is offering early access to holiday deals starting October 6th. Even Amazon is hosting additional “Prime Day” sales on October 11th and 12th.

Holiday creep isn’t new; retailers start the Christmas season earlier and earlier every year, but when is enough? Is it fair for customers to see holiday displays and advertisements in October, a month associated with Halloween, apple picking, and the World Series? Retailers have numerous reasons to kickstart the holidays, their most significant year stretch. A lackluster holiday season can be disastrous.

However, some think that holiday creep is a bit much. David Katz, the chief marketing officer at Randa Apparel and Accessories, believes it’s inappropriate for stores to push holiday shopping in September and October. Shoppers respond to behavioral and emotional cues from stores and start the holiday themes early so consumers can start buying gifts.

Charles Lindsey, an associate professor of marketing at the University at Buffalo, said that Christmas music and scenery affect consumer purchase behavior. It gives them the chance to indulge and spend their money. There are new incentives for a holiday creep this year. This year, higher prices are a factor in purchasing decisions. According to Danielle Inman, a spokesperson for the National Retail Federation, these early promotional deals let shoppers spread their budgets over an extended period.

For example, most shoppers start planning and researching holiday shopping in October. Last year, stores urged shoppers to buy early to guarantee they would get their items on time due to shipping delays. This year, retailers have an overflow of home goods, casual clothing, and other non-essential items, so they’re offering discounts to get rid of them. They also want to make way for the new goods that are on the way.

However, there are some consequences to prolonging holiday deals. Stores use offers to persuade shoppers to buy as soon as possible or risk missing the deals. An October sale loses its power if buyers think they can find the same items on sale in December or January. You lose your sense of urgency if you know you have time to buy.

The holiday season is everyone’s favorite time of year. It’s the time when we spend time with family and remember what we’re thankful for. However, stores are pushing customers to buy their holiday gifts sooner and sooner, which can take away from the holiday spirit. Shoppers feel that because the holiday items are available, they have to purchase them or miss out on the deal. On the other hand, the holiday creep is good for retailers because they want to encourage shoppers to buy as much as they can as soon as possible. 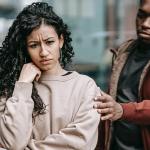