Listen to your gut and instincts.

When alarms go off in our heads, we should listen, primarily when they concern potential marriage partners. The warning says, “Be careful. Don’t try to fix him.” If something doesn't feel right, honor your feelings. With that being said, here are the types of men that make bad husbands.

People who are emotionally and physically dependent on habits and substances jeopardize those closest to them. A person who lacks self-control is like a city with broken walls. City walls are supposed to protect residents from danger. Addiction brings mood swings, harmful influences, financial issues, and sometimes, legal repercussions into your environment.

The substances and habits that dull an addict’s pain impedes his judgment. You wouldn’t ride in a car driven by someone under the influence of alcohol or drugs, and you don’t want a spouse operated by an unhealthy substance or habit. Even common addictions, like exercise, trigger repeated heartache when they come before faith and family. Addictions produce deceit and shame, building walls in a marriage. You should marry an addict if you want to be lonely in your union.

How do you feel when you’re around someone that’s angry? There’s no way you can feel free to be yourself or relax. Living with someone angry is like walking on eggshells. The meal he desired yesterday gets on his nerves today. With the dress you bought with him in mind expecting a compliment, he’ll have a snarky remark or find something wrong with it.

Fury isn’t the only sign of anger. Sarcastic jokes or cutting comments are enough to make you feel bad. Before long, you start to doubt yourself. His rage will steal your joy as the stomach flu robs you of your appetite. We shouldn't make friends with a hot-tempered or associate with someone easily angered, or we may start to act like them.

We all understand that life happens, but you need a spouse who can deal with disappointment, not one that will promote angry teens or crush your kid’s spirit.

Numerous women say the attention and gifts showered them with while dating stopped right after marriage. They start wondering what happened and why their behavior changed. Charm can be deceiving and enemies multiply kisses. Who you marry will affect you and your extended family for the rest of your life. It’s smart to think about where your partner’s character will take you in the future.

Maya Angelou once said, “if someone shows you who you are, you should believe them the first time.” Think about how he treats co-workers, serves, and his parents. A man of virtuous character may be uncommon, but he’s worth the wait. Some people may conceal their true selves until after the marriage. Think about the man he is underneath the charm and get to know him at his core.

A lazy man is a brother to a destructive man. How many people have lost their careers, families, and souls due to laziness? The parable of the talents calling the idle servant lazy and wicked was spoken with good reason.

Laziness stunts our growth, damages our character and ultimately those we work and live with. People who ignore responsibilities harm their team’s effectiveness and morale. A spouse that’s too passive to share the load of raising children or invest in his marriage drains the entire family. Sloths are parasites to their families and society. Sometimes, laziness hides behind irrational excuses and fears, so try your best to avoid a lazy man.

Men that won’t meet you halfway.

There’s nothing wrong with having different interests from your partner. Just because he likes sports and you don’t like football doesn’t mean he’ll make a lousy husband. Still, to make a relationship work, you both have to make an effort to build bridges between your differences.

He doesn’t have to build an interest in all the things you like, but if there’s an event you’d like him to attend with you, he should make an effort. If he declines to meet you halfway or negotiate, there’s a chance he won’t make a good husband.

A man with wandering eyes.

It’s natural to look at people you’re attracted to and, to make things more complex, we can’t help who we’re attracted to. However, there’s a difference between having an innocent look now and then and only chasing people while you’re in a committed relationship.

If he has a wandering eye while dating him, that won’t improve after you get married. You might realize that he starts chasing women more than he did when he was your boyfriend.

Men who use too many white lies.

The truth hurts sometimes, but honesty is the foundation of a healthy relationship. Some relationship experts believe there are situations where you can lie to your significant other. Still, it’s not a good sign if your partner can’t keep up with their lies.

Even if he feels like he’s protecting you or sparing your feelings, there should be honesty between two people who will spend their lives together. If honesty is missing, you should reconsider if your partner will make a good husband.

The ability to look into the future at specific points in life would be a blessing. Sadly, we can’t depend on crystal balls to tell us whether or not we’re making the right decision, and we have to use our instincts. When it comes to determining if a man is husband material or not, we don’t have psychic powers, but you can use these signs to determine if he is or isn’t the kind of man you would marry.

Choosing someone to marry isn’t something that should be taken lightly. When selecting the right to marry, you should lean on your instincts. If something doesn’t feel right, there’s a likely chance it isn’t right. If you’re feeling doubtful, talk to someone you trust about them. They may be able to see something that you’re missing. 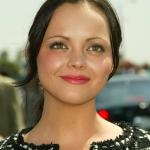 Christina Ricci Says That She Still Sleeps With…