Has Mario led your child to the dark side? Video game effects on school performance

Do video games result in lower grades? How you can protect your child academically.

A 2004 study by Olson and Kutner showed that 80 percent of all teenage boys play video games, and researchers have studied the effects of gaming on school performance for close to three decades. Unfortunately, much of this research has resulted in conflicting messages. How can a parent best safeguard their children?

Contrary to popular belief, video gaming isn't all bad. The best defence you can give your child is to educate yourself about the true consequences of adolescent gaming.

In teenagers and adults, gaming improves problem solving and decreases reaction time. Studies have shown that playing to win and improving with each session puts the brain into "learning mode" which increases cognition, the brain's processing power.

However, some researchers have suggested that, while grades and gaming are related, all that video gaming may not be directly responsible for lower grades. Studies have also shown that under achieving students are drawn to video gaming as an escape from school work that they may feel is too challenging.

If your child is struggling in school, he may be turning to video games because he feels successful when he plays. Talk with your child's teacher to get to the root of your child's academic challenges.

While moderate amounts of gaming appear to be fine for the average student, that does not mean that games are not potentially harmful. Numerous studies show that video games are addictive, especially when very young children begin gaming. This game addiction leads kids to withdraw socially, increases rates of obesity, and can make grades nosedive.

A 2012 study by Gentile and Bushman pointed to increased aggressiveness and violent tendencies in kids who frequently play violent video games. As a parent, set standards for what types of games you will or will not allow in your home.

What you can do

Parents need to watch for signs of video game addiction, including decreased social interaction, problems in school, and loss of interest in outside activities. If you suspect your child has a video game addiction, seek out a qualified therapist and slowly replace screen time with social outlets such as school clubs or sports.

The best way to fight gaming addiction is to prevent it in the first place. Restrict screen time, and require your child to complete their school work before turning on the game system. Also, keep video games out of the bedroom, and check the ratings and appropriateness of all games you allow your children to play.

If you want to make sure that games are helping and not hurting your children, participate during gaming. In numerous studies, the kids who did the best balancing school work and gaming were those whose parents took an active role in both areas.

The next time your child sits down to play a game sit with them and take an active interest in what they're playing. You'll learn more about your kids, and your kids will feel closer to you. 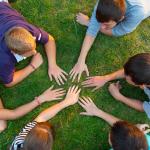