How Do I Know if My Child Has an Ear Infection?

Ear Infections Can Be Difficult to Recognize, Especially in Young Children. The Body Can Often Fight Them Off Alone. This Article Explains What Symptoms You Should Watch For and When to Call a Doctor.

Acute otitis media is a middle ear infection and can be caused by either a virus or bacteria. It invades the air-filled space behind the eardrum. This causes swelling, fluid buildup, and pressure in the middle ear which results in pain. Often an ear infection occurs when the Eustachian tubes (tubes inside the ear that are responsible for normal drainage) become blocked. Blockage can be the result of a cold, the flu, allergies, nasal congestion or nasal swelling.

Anyone can have ear infections, but they are most common in children. Three out of four children will experience an ear infection before they turn 3 years old. This is probably because their eustachian tubes are narrower and more horizontal than adults. This makes them more likely to become blocked. Also, children are not as immune to infections as adults. Therefore, they may become ill with something that leads to an ear infection. Some of the most common risk factors are:

More common among children with a family history of ear infections

Infants that are bottle fed

Ear infections are most prevalent during the fall and winter months. Even though the weather does not put you at risk, the colds and flu that are common during those seasons will.

If your child is still suffering from symptoms after two or three days, then it may be time to have him or her see a doctor.

Treatments can include antibiotics or prescription-strength numbing drops. Another treatment is placing a warm compress on the ear, and trying to alleviate symptoms caused by a cold or the flu. Other alternative treatments are not recommended. In cases of repeated ear infections the doctor may recommend surgically placing tubes in the ears. 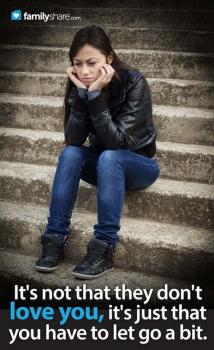 Help! My Child Was Replaced by a Grumpy…