How to Get Picky Eaters to Try New Foods

When We Preface a Healthy Food With the Words "It Tastes Just Like"" When the Expectation Isn't Met, Disappointment Can Turn into "I Tried That and Didn't Like It." Find Out How to Get Picky Eaters to Try New Foods.

It's summer time and I'm in the kitchen, happily cooking, surrounded by a variety of vegetables and other healthy ingredients. My dad walks in the kitchen and suspiciously eyes the meat I'm seasoning.

"What are you making?" He points at the patty in my hand.

"Turkey burgers." I give him my biggest, bravest smile, because I know what's coming next.

"Well, don't make any for me. I hate ground turkey."

"Pop, these burgers taste just like hamburgers. Plus they're healthy for you. You're not even going to try them?"

I wouldn't admit it the day of our conversation, but my dad is right. Turkey burgers don't taste like hamburgers. Turkey meat is softer and less fattening, delicious when seasoned with peppers, garlic and onion, but it is not ground beef.

I wondered for many years why my father refused to eat ground turkey when it tastes so good. No matter how it was prepared, he wanted nothing to do with it. Finally I realized why. He doesn't hate ground turkey, he hates that everyone keeps trying to pass it off as ground beef.

I feel the same way about chocolate and carob. A friend once passed me a piece of something that looked like amazing fudge. "Try it," she said. "It's just like chocolate." I popped the whole thing in my mouth, chewed once, and then tried very hard not to make faces while I swallowed. It tasted nothing like chocolate. Not to me, anyway.

When we preface a healthy food with the words "It tastes just like"" we set the person up for a psychological expectation of what they are about to taste. When the expectation isn't met, disappointment can turn into an idea of "I tried that and didn't like it." Here are some ideas for presenting healthier versions of foods to your family in a way that will satisfy, rather than disappoint:

Look for delicious new recipes for the new foods you are using. If you are substituting turkey for beef in a burger, find a great new recipe with unique seasonings. That way no one will be expecting the meal to taste "the same" as other burgers you've made.

Just because you made a Chia seed pudding with chocolate in it does not mean it tastes just like chocolate pudding. People don't like to feel that they're being tricked into eating something they're not familiar with.

Let them see you enjoy it

Make yourself a turkey burger, or some chia seed pudding, or carob fudge and eat it. Savor it. Don't try to force it on anyone else, just enjoy it. Chances are, curiosity will get the best of everyone watching you relish your "special treat" and they'll start asking for bites. And if you don't say, "It tastes just like"" they'll probably like it too.

I bake with Natural Yeast, the way our ancestors did for 6,000 years, and I want to help you do the same. Add this self-reliant skill to your kitchen and never buy yeast again!
nextarticle 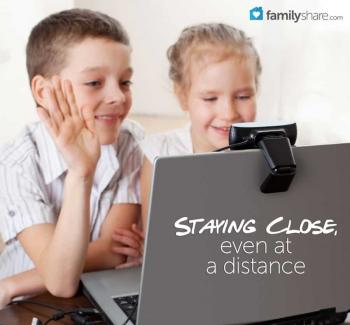 How to Strengthen and Build Relationships Long Distance