How to Help a Teen Who Has Given Up on Learning

No One Ever Snuggled Up to Their Sweetie and Said, "Let's Have a Teenager." Parenting Teenagers Can Be a Daunting Task, and One That is Either Welcomed or Dreaded, Often With a Mixture of Both.

No one ever snuggled up to their sweetie and said, "Let's have a teenager."

Parenting teenagers can be a daunting task, and one that is either welcomed or dreaded, often with a mixture of both.

Teenagers are navigating the world and discovering themselves as individuals separate from their family unit. This developmental process is very similar to the process that your child went through as a toddler. At that time, he connected his entire world through his primary caregiver, usually his mother. As soon as he became mobile and could talk, he discovered that he was an individual with his own desires, and began to express them. Then came the status quo of the school years, a bit like the calm before the storm of adolescence.

With the advent of puberty, your child becomes somewhat of a toddler - with hormones

They are exploring the world outside of the family unit, discovering in more depth their independence and expressing it. The expression of their individuality can be seen with their choice of friends, music, appearance, and even their school work.

They may rebel to exert their control in the areas they can control - one of these being academics.

If your teen is expressing their dislike for school and their performance is suffering, it is hard to sit by and see this happen. You can encourage your child to do better, and you need to be involved. It is important to remember that drawing battle lines with a teenager can cause further rebellion.

When talking to your teen about their schoolwork, make sure to avoid areas that will make the problem worse, such as:

Some of the most common complaints that family therapists hear from teens is that their parents don't understand them, don't know them, or don't care what they are doing. Just as your toddler would scream, No! and run away (looking to make sure you were paying attention), your teen doth protest too much.

Teens want to know that their parents are involved and interested in their lives, interests and goings on.

2. Putting all your eggs into the report card basket

While the measurement of academic progress is reflected in the outcome of grades, there is more to learning than getting a 3.5 grade point average. Encourage your teen to find activities that are fulfilling to her and allow her to grow in the process of learning.

Some people do not test well for a variety of reasons. Express to your child your approval without making them feel that your love, respect and approval are solely based on their grades.

Anytime that battle lines are drawn, by the very nature of the battle lines, there will be a winner and a loser. Rather than create battles and more tension in the home, offer support and encouragement to your teen as well as any added help.

The teenage years are hard enough without parents creating animosity over school work. Many teens complain that their parents don't remember what it was like to be their age. They might be surprised to find that one of the reasons that parents dread the teen years is that we remember, all too well, the challenges that we faced at their age. 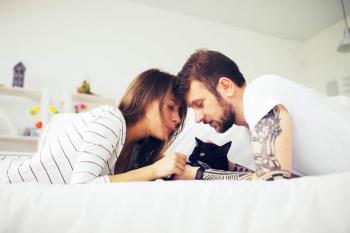 4 Things to Avoid in the Aftermath of…