How to look past hurtful remarks

I became that mother who was chastised by a stranger for her parenting. Here are a few things I've learned as I've tried to let it go.

It finally happened to me. Someone, some stranger, approached me in the grocery store and lectured me about my parenting. I have a wiggly, active little boy. When we go shopping, I let him sit in top of the cart, but on my fast trips I usually don't buckle him in. He hates feeling confined and does much better just sitting there without the belt on. This particular day, he started to stand up so he could reach something nearby. As always, I was right there, telling him to sit down. But some lady rushed over to me to tell me what a bad mother I was for not strapping my child in the cart.

Now, I know my son could fall out of the cart but I never leave his side. I was so hurt and embarrassed that some lady would go out of her way to tell me that I was a bad mother when I already feel too overprotective of his adventurous spirit. That situation bothered me for several days. In fact, it still pains me to think about it. Those hurtful things she said are taking an excessive amount of time to get over.

It has happened to many of us. Someone we love or even a complete stranger makes a rude or disrespectful comment about us or our lifestyle. Sometimes these comments are made without the person even realizing what she is saying. Comments about the way you dress, even though you don't have the money to buy new clothes, or your hair, even though you spent hours trying to get it perfect, can be discouraging. Some individuals even make comments about careers, religions, ethnicities, health problems without the slightest apology.

When these types of comments and remarks are made to you, it is hard to brush them aside. I have received comments about many different aspects of my life from my religion, weight and different skill sets. Unfortunately, these comments are not just made by complete strangers but by family members who I love and care about.

I have a difficult time looking past hurtful remarks, and I am guilty of holding a grudge toward others. However, I am slowly learning how to better myself and not get so wrapped up in what others say or think. Here are a few things I'm learning in this process.

Take a look from her point of view

When hurtful comments are said, especially from family members and friends, take a walk in their shoes and try to figure out why those comments were said in the first place. When you can understand the underlying reason behind such comments, it is easier to move past it and not hold a grudge or hard feelings toward the individual. Feelings of guilt and jealousy are often main causes for such awful comments.

When comments are made to us, it is easy to become defensive and fight back. However, this is not productive and only damages your own reputation. When mean comments are made, I've learned the best thing to do is thank the person for their input and walk away. In some situations, I've been so upset that I walk away without saying anything at all. If you begin to make comments back, you are only making the situation that much worse.

Don't repeat the situation to family and friends

Sometimes we want to vent about the comments and the hurtful things that are said but this only makes our anger grow stronger and can damage the individual's reputation, especially if he or she is a family member or a friend. Venting is OK in certain situations, but for some it easier to just keep quiet and not let the past continually replay itself.

If someone has said something mean to you, it is normal to automatically want to say something mean in return. However, we need to refrain from doing so, especially in front of our children. When we say something mean and call the individual a rude or inappropriate name, we are showing our children and others around us that it is OK to call people names and fight back. Instead of being defensive, just walk away. If your children are nearby, later explain to them what happened and why you reacted as you did.

Hurtful comments can bother us for quite some time. We can let them eat us up on the inside and cause us a lot of hurt and pain. But when we push those comments away, we better ourselves by not allowing others define who we are. 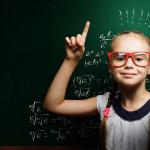 How to Keep Smart Girls Smart