How to Make Sure That God Always Hears Your Prayers

We Can Have Confidence When We Approach God to Make Our Request When We Approach Based Upon His Character, His Nature as a Father, His Goodness and His Kindness That is so Wonderfully Expressed Toward Us.

When my daughter Courtney was in her early teens, she approached me with a determined look upon her face. It was the look of tenacity and expectancy. She emphatically said, "Dad, I need a new phone." I replied, "I don't believe that you 'need' a new phone - I think that you 'want' a new phone." I explained further the difference between a need and a want. "OK, you're right. But I also know that you are a kind, good and loving father. One who delights in granting the desires of my heart. Daddy, I want a new phone. Would you consider buying me one?"

She skillfully appealed to my nature as a father. At that point, I said, "Yes, I will look at getting a new phone for you." My daughter hugged me and thanked me for the new phone. Even though she had not physically received it, she left knowing that I would do what I said I would do - I would get her a new phone. In the next couple of days, she wouldn't ask me for the phone; she would thank me for it. She didn't have it in her hands, but she knew that for me to be true to my character meant that I would keep my promise to her.

In a few days, my little girl got her new phone. This is to illustrate a pretty basic truth about how to make sure that God always hears our prayers, which is to say, when we approach God to make a request, it should be based upon His character, His nature as a Father, His goodness and His kindness that is so expensively expressed toward us.

Here are four keys to make sure that God always hears your prayers:

1. Approach your Father with confidence

And we are confident that He hears us whenever we ask for anything that pleases Him (1 John 5:14). Can we approach God with confidence when we are asking for a "want"? Can asking for something that we desire be pleasing to God? Yes, absolutely. In fact, I would argue that we're demonstrating a true nature of a child when we approach God with a desire. A child has a confidence when they approach their parents, and is basing his or her relationship on the character of the parent, not on the merits of his or her own accomplishments. Your Father is magnified and delights when you are doing well. This should give you confidence when you approach Him.

2. Know your Father keeps His word

When I had promised my daughter that she would get the new phone, she no longer petitioned me with the request. She knew that my promise and my character must be in agreement. "Dad, you said that you would get me a new phone. Do you know when I can expect it?" She would remind me. As a father, I cannot be true to my character without being in agreement with what I have spoken. The same is true with the nature and character of our Father. Jesus described the process in the parable of the sower and then interpreted the parable by explaining that the seed is the Word of God (Luke 8:11). He is true to His Word.

3. Know that your Father is a rewarder

When my children were in my home, they knew that their needs would be met without question. They never once asked, "Dad, do I get to eat today?" They never once begged for bread. I worked diligently so that the pantry and refrigerator were abundantly supplied. I also taught that it is much better to live under my blessings, than living in rebellion outside of my will. If my child showed ingratitude toward me, I could easily turn off their phones, remove TVs, withdraw extracurricular activities or reclaim a car. However, they knew that when their attitudes and behavior was pleasing to me, I was a rewarder. I was extremely generous to obedience. I hear people talk about the "unconditional" love of a parent, and yes, I love my children, but that doesn't mean that they get all of my benefits without conditions. I cannot reward disobedience, deceit or destructive behavior. In the same way, as children of God, the blessings that come from prayer are conditional on our integrity and obedience to live according to His ways.

4. Know that your Father loves you

Listen to this amazing statement by Jesus, "the Father himself loves you because you have loved me and have believed that I came from God" (John 16:27). I've reread this statement hundreds of times. I am amazed at the implications of the promise that the Father loves me - specifically and individually - He loves me. And your Father loves you. We are very close in proximity to Him. We're not treated with distance. Jesus is saying that we will personally approach the Father. My children know me personally. They have proximity to me. They are able to approach me with boldness, because they know my love for them is personal. 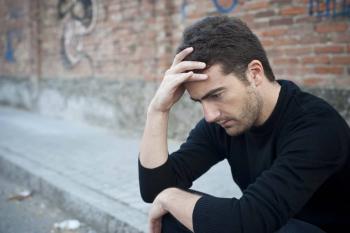 Before Flirting With Infidelity, Read This