How to Praise Your Kids – or Not

In an effort to build self-esteem in their children, some parents resort to dishing out praise at the slightest achievement. According to Jenn Berman, Ph.D., a marriage and family therapist and author of "The A to Z Guide to Raising Happy and Confident Kids," that's not healthy. She says, "We are becoming praise junkies as parents. We've gone to the opposite extreme of a few decades ago when parents tended to be stricter. And now we overpraise our children."

Most parents simply want to build their child's confidence. The last thing they intend to do is diminish that confidence. Yet, apparently, that's just what happens when too much praise is continually poured upon the child. Some studies published on WebMD show that, though well-intentioned, putting kids on a pedestal at an early age can actually hinder their growth.

That's not to say that we should never praise our kids. It's just that praise needs to be carefully and thoughtfully given. Even then, gushing can backfire. A simple congratulations on a job well done may be the best way. If a child hears praise over and over, he or she can begin to think they can do no wrong. That's not real life. Not everything a person does in life is deserving of a high five. If that happened, a high five would begin to mean nothing.

Too much praise may convince a child he doesn't need to try hard, that whatever happens will be just fine. If he's praised for something that required little effort, where's the challenge to do better? Life is full of hard times and the sooner a child learns to work at hard things the better off he'll be.

The good kind of praise

According to some psychologists, we need to praise kids for their efforts rather than for their talents or intelligence. If kids keep hearing how smart or talented they are, they have little motivation to put forth more effort. Stanford Psychology Professor Carol Dweck says not all praise is bad. In fact, her research shows that kids who are praised for their effort become interested in challenges. That kind of praise sounds like, "Wow, you really tried a good way," or "You worked hard on that."

Dweck also suggested that the conversation about the dinner table focus at least part of the time on the hardest things children had to overcome that day. That's because kids need to understand that learning new things can be hard, requiring grit and perseverance.

"When a parent praises the process it keeps the child engaged," Dweck said. "It encourages the child to keep at it."

What to say instead of giving praise

Rachel Macy Stafford, a special education teacher, said, "... college athletes were asked what their parents said that made them feel great, that amplified their joy during and after a ballgame. Their overwhelming response: 'I love to watch you play.'"

Let's say your daughter is learning how to play soccer. When she makes a lot of mistakes on the field, which she will, she doesn't need to be told what a great player she is. She knows that's not true. Instead, she needs to hear you say, "I love to watch you play." That's gotta make a kid feel good. And no lies are told to bolster her ego.

Stafford suggested a few other uses of this phrase:

"I love to watch you swing across the monkey bars."

"I love to watch you help your friends in need."

These are the kinds of comments that can boost your children and give them confidence to keep on trying to do better. 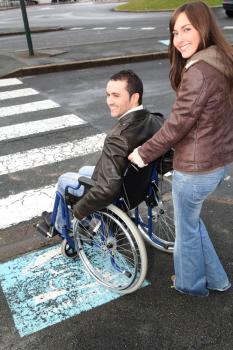 4 Ways Helping Others Helps You