How to raise girls who are ‘includers’ instead of ‘mean girls’

How Do We Deal With This 'mean Girl' Culture? We Do These Things.

I remember walking into the cafeteria of my new school and it was like someone punched me in the stomach. I was in sixth grade. My family had just moved from Virginia to Ohio. At first, I attended the local Catholic school. Within the first two months, I was begging my parents to go to the public school because the girls were so mean. And when I look back, wow, they were cruel. My maiden name is Ackerman. They'd call me "Lisa Acneman" as sixth grade brought with it oily skin and some breakouts. When my parents discerned that I would change schools, I felt relieved. I won't even tell you about the last day at school there when all the girls knew I was leaving.

Off to public school I went. But soon I was to find out that it didn't matter whether I went to parochial or public school.

Instantly a group of girls took me in. They invited me to sit at their lunch table. Little did I know that they had kicked another girl off the table so I could sit with them. I was so grateful to have friends. I was a bit naïve. Maybe that's because I grew up in a home where we were all out for each other and my assumption going "out into the world" was that everyone was like that, too.

Then one day, I walked into the cafeteria. I nearly dropped my brown paper lunch bag. I looked at the table where I had been sitting for the last week. My first week at school. I counted the number of girls at the table - eight. Eight was the maximum number of people who could sit at one table. The two girls who were the "leaders" looked at me, whispered to the other girls at the table, and everyone turned around to laugh at me.

My heart sank. I actually went up to the table and feebly asked, "Is there space for me here?" Hoping maybe I was wrong, that it wasn't as it seemed. I couldn't feel my feet beneath me. I felt dizzy. I swear my heart was going to jump out of my chest.

I can't remember what they said, but I must have gotten the picture because I turned and I quickly looked around for a place to sit. It was a small cafeteria and soon someone would notice me. I didn't want anyone to look at me. My ears were ringing, my hands were clammy, my heart was beating so fast. I felt the eight girls' snickering whispers like daggers in my back. There was no "physical fight" or blow up so the teachers on lunch duty were none the wiser. I saw a table with no one at it. So I sat down. I wanted to cry. But I didn't.

This is where I sat for two months. Alone. By myself.

Once, a male teacher came up to me after whispering to another teacher, with a sympathetic, pleading look on his face and asked me something I can't remember now. But I didn't see him as a resource.

I know that eventually I sat somewhere with some group. For the next two years that we lived in Ohio, I had some good experiences. I still have a friend from there who is one of my best friends. But the two girls continued to be bullies. Yes, that's what I can call it now as I understand as a psychotherapist and adult what was really going on. They were the kind of "friend" who would invite you over and you'd feel like "Oh good! We are friends again!" Only to have them talk about you or put you down.

We have all had experiences like this where other girls have been mean to us. Just the other day, another mom friend of mine told me that she waved to two moms talking and they looked at her and laughed. It happens in childhood. It can happen between adult women.

As a psychotherapist, I intimately know that when someone hurts others it's because they are hurting. I have counseled both the bully and the one being bullied.

I know, too, from counseling parents how, when our children's lives eclipse our own, we remember (consciously or unconsciously in our body's cellular memory) our own experiences of hurt, rejection, and betrayal. And those old experiences, though healed, come back up and make us tender.

I had an "opportunity" to feel such tenderness. I'll share that story in a moment.

But first, I want to share this - the "triumph:" what came out of my experiences with "mean girls"?

I can look back and see how I became an "includer."

I learned through years and years of mindfulness and compassion practices how to create space to "include everything" and how to abide with whatever is arising. Even the nasty, hard-to-look-at, shameful parts. I practiced forgiveness. Those two bullies? I forgave them (they didn't ask for my forgiveness). Other people who have hurt me? Other people I have hurt? I'm working on receiving forgiveness and extending forgiveness to others. Nothing excluded from forgiveness. Everything included.

I became an "includer" in my work - how I go about being a psychotherapist and coach with individuals and groups.

I can hold space for someone to include it all - to hold the parts of them they might have abandoned, ignored, tried to keep quiet, kicked to the curb. I can abide with a client as they learn that excluding anything creates more suffering and including facilitates healing and integration. True freedom.

I became an "includer" in my family.

As parents, my husband and I are about modeling compassion and empathy to our children. We try and create "abiding space" for our children to mindfully name and express whatever is happening within them. On the good days, I can say, "I'll abide with you. I'll be with you in this." And of course there are days when I am short and I snap at them. And then we begin again. We come back together and include even THAT in our human and imperfect way of being family.

And our family has become "includers."

We are about community and creating space for people - in our home, in our lives, in our hearts - for adults and children to feel loved and included just as they are.

Through gentleness, compassion, and mindful attention, these early experiences of rejection, betrayal, and hurt transformed me. Through loving attention, through learning to include it all with mindfulness and compassion, I and lots of Grace transformed these hurtful experiences and others into compassionate, inclusive arms to hold, words to speak, hands to give, and presence to offer.

And ... they still make me tender. And that's good, even holy. Because they open me to see the hurt in others and be tender with them.

It makes me really tender when it's about my own daughter. It challenges, brings up and, offers an opportunity for deepening my practice of mindfulness and compassion ... for opening my heart even wider.

Like recently, when my daughter came home from pre-k and told me yet again about an experience at school with a little girl.

"It starts early," a friend said to me.

The details are my daughter's to share someday. When my daughter - your daughter - is looking back on her childhood, she will tell her own story and it'll be one of how we walked alongside our girls. How we empowered them.

This is how we heal the 'mean girls' culture: we hold, we include, we love, we empower, and we regard our girls. And we model this in how we treat other women.

If you are a parent to a daughter, no matter the age, can you imagine creating the space for her to share, to abide with her, to empower her? Can you imagine raising girls who "include" instead of "mean girls?"

Can you imagine we ALL model being an "includer," and resolving conflicts or hurts or insecurities with regard and compassion?

Can you imagine what this would do for our world if we raise daughters who know how to name what is happening within them and a situation, who know how to speak up in the face of injustice, who believe in their innate goodness, and who INCLUDE rather than exclude because they have an inner confidence and have been raised to listen to the wisdom of their inner voice?

We HAVE to imagine it and create it - for all of us women, for our daughters, and for our world.

Editor's note: This article was originally published on Lisa McCrohan's website. It has been modified and republished here with permission.

Lisa is a compassion coach, somatic psychotherapist, and writer. She facilitates mindfulness-based wellness workshops for faculty and staff at Georgetown University and speaks at nonprofits and educational settings. You can find out more on her website.
nextarticle 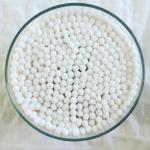 11 Fragrance Hacks That Will Make You Smell…