How to talk to your child about terrorism

With new terrorism attacks in France, and frightening topics discussed in the news and around the dinner table, here are six tips for how to address your child's fears.

Acts of global terror have become frequent headliners in the news. The recent terrorism attacks in France were felt around the world; not just in Paris. How do these events affect children, and what can parents do to address their fears?

A video produced by "Le Petit Journal" shows an interview between a father and his worried son at the site of the Bataclan attacks. The father and interviewer carefully guide the child from feeling confused to feeling calm.

The father's simple statement, "They might have guns but we have flowers," is powerful imagery of something familiar and tangible this boy can hold onto amidst so many unknowns. Here are six tips for helping your child appease his fears.

Younger children need less information than older ones. Children in elementary school are usually more traumatized by frightening images. Therefore, the American Academy of Pediatrics advises that parents limit their child's media viewing. Young children should also not be included in "adult" conversation about alarming events. Be discretionary where you talk to others (phone or in person) so children don't overhear more than they can handle.

Children in secondary school usually require more information. Be factual, not fear-based. Every child needs a parent who is a stable anchor in times of crisis. It's OK to admit you are sad or mourn the loss of others, but kids need to know we can handle whatever they are feeling and that we are emotionally available. 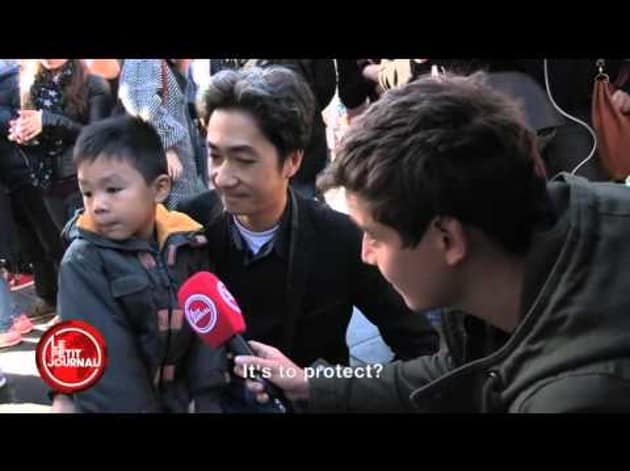 The interviewer and father in the above-mentioned video pause to let the boy express and process his fears. The interviewer didn't pepper the boy with questions. Instead, he watched his fears be replaced with new information that comforted him. The interviewer just finished with, "Do you feel better now?"

Usually in times of stress, a parent will either shut down or overshare. Both are wrong. Be open for conversation by letting the child guide you. When he or she wants to talk, ask questions, then be quiet and listen. Not all hard questions have answers. It's OK to say, "I don't know. But what I do know is that I love you and it's my job to take care of you."

3. Look for the good

Fred Rogers remembered what his wise, sensitive mother said to him as a child when confronted with frightening events: "When I was a boy and I would see scary things in the news, my mother would say to me, 'Look for the helpers. You will always find people who are helping.' To this day, especially in times of 'disaster,' I remember my mother's words and I am always comforted by realizing that there are still so many helpers - so many caring people in this world."

Remind yourself and your child that a few acts of terrorism do not wipe out all the good in the world. In fact, in many ways these events are a call to consciousness in the public psyche. Yes, terrible things happen after every terrorist act, but heroes are born and families grow closer as well. The light of service and love will always outshine the darkness of evil.

It's easy to point fingers when bad things happen. We want to label the villain. However, those who enact evil do so under the assumption that all outsiders are bad. We should not fall under the same prejudice. Extremist acts carried out under the name of a radical religious offshoot or ideology does not represent all people from that country, culture or religion.

When you talk about terrorism, be careful that you don't categorize and engender hatred for a certain people when so many are innocent of wrongdoing. If we want to change the world, we need to raise children with discerning, rational, compassionate hearts and minds.

It is more disconcerting when a parent says, "Don't worry. Everything will be OK." If we do not acknowledge a child's fears, we send him or her mixed messages. "Your feelings don't matter unless they are happy," or "Even though you are feeling scared, you shouldn't be." Here are three strategies for addressing and helping a child handle his fears:

Give the child control back by having him draw a funny picture of the phantom or write a story with a positive ending.

Ask "what if" questions

Acts of terror may never touch your family directly, but other tragedies do happen. Death, divorce, unemployment and other destabilizing events can come unexpectedly. We can't protect children from everything. So if your child becomes over-anxious about an issue, talk through what you and your child woulddo in that situation, much like a fire or earthquake drill.

Use positive images as a coping tool

The French father in the video drew his son's attention to the flowers and candles. These images gave the boy a protective power when he felt helpless.

6. Be active, not reactive

Empower children by making their corner of the world a better place. Let them see how their efforts can make a difference. Researchers of children in crisis suggest engaging in some concrete action. For example, volunteer at a shelter, collect coats for a charitable organization, and write letters to those serving in our military. As Edward Everett Hale said, "I am only one, but I am one. I cannot do everything, but I can do something. And I will not let what I cannot do interfere with what I can do." 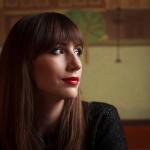 5 Lies About Yourself You Need to Stop…