Husband refuses to babysit his 6 children while his wife is away, but when she returns home she discovers something crazy

He Was Not About to Be the "Babysitter."

Jessica Martin-Weber, mother of six children and loving wife was leaving on a business trip when her husband, Jeremy, wrote a Facebook post about caring for their children while she was away.

The post started out by asking who would care for, feed, comfort and hug the children while their mother was away. After all, mothers are supposed to do all of that, right?

This father of six defied all fatherhood stereotypes in his viral post. After listing all the things his children needed, he said, "Who is going to do all that stuff while their mom is away? Me. that's who. Because I'm not the babysitter. I'm not just their playmate. I'm their dad. And looking after them and guiding them and caring for them is my responsibility."

Jessica returned home from her business trip to discover that her family was an online sensation and that her husband's post had gone viral.

Jessica, the mother of our 6 children, is boarding an airplane as I type, headed out of town, out of state, for work for...

This should be the norm

Since the post about fatherhood went viral, the family has received an overwhelming amount of attention and support from all over the world, but they hope that someday this will be totally normal, not a viral discussion.

Jeremy Martin-Weber made a FB post saying that him taking care of our kids without me isn't babysitting. It went viral...

Jessica wrote on her personal Facebook page, "Why is a dad parenting news...When [the reporters] asked what we hoped would come of the post, we said that we'd love for dads as actives invested parents to be normalized, and that such a post won't be going viral in 10 years because it will just be normal."

It's a real problem

It's not uncommon for a dad to be asked if he's babysitting. According to an article from The Atlantic, "The act of a man sharing parental responsibilities is highly desirable to women, but still relatively infrequent." The fact that Jeremy's post was such a sensation is another example of this - for some reason, society perceives mothers as parents, and fathers as playmates. 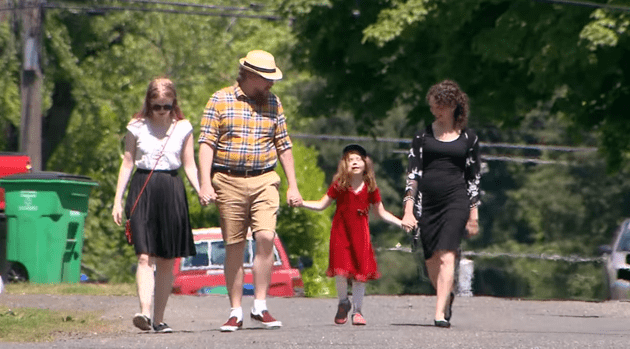 However, this perception may be changing, and changing fast. There are more stay-at-home dads and more working moms than ever, and there's even a special network for dads to come together and share parenting tips. The Dad Network has videos of activities, technology and product reviews of everything a dad could possibly need.

Dads are the best, but we don't have to tell you that, do we? They do so much for the family and they're a crucial part of the family dynamic. They shouldn't be treated as babysitters, because they're not. They're co-parents alongside their wives, and they are just as much of a parent as their wife. Hopefully sometime soon, posts like Jeremy's won't be such a sensation.

To Stay in Love Forever, Do These 12…