Many fans questioned if the 7-year-old's dancing was appropriate.

Ice-T and Coco Austin are defending themselves after coming under fire for their parenting skills after a video of their dancing 7-year-old daughter, Chanel, goes viral. The video was posted by Austin on Instagram reels where it shows her and her family members doing TikTok dances while wearing matching Christmas pajamas. Seven year-old Chanel joins in with the dancing by twerking, which was said to be her impersonation of Tina Belcher from the cartoon, "Bob's Burgers." Austin captioned the video, “Gotta love family time! The adults in our family were doing a TikTok and Chanel runs out in the middle to bust a move to make us laugh. She loves to joke.” What appeared to be a family dancing video left some followers upset and questioning if Chanel's dancing was appropriate.

“I don’t find this ok, especially on social media. There’s so many sick minds out here, this child’s safety and privacy should be kept better. But, to each their own,” said one Instagram user. Another user commented, “That is a child. What is wrong with you?” Austin responded to these comments saying that Chanel's dance moves were only to "make fun of the character from Bob's Burgers." Other fans seemed to have opposite opinions where one Instagram user commented,  “Shes having fun, stop analyzing everything! GO CHANEL GO CHANEL GO!!”

Ice-T also responded to the haters by posting a quote on his Instagram that reads, “Everyone is going to hate you anyway...so you might as well give them a reason.” He captioned the photo, “Christmas is over.. My advice is you go into 2023 with THIS attitude if you want to WIN.”

This isn't the first time that the pair has been scrutinized for their parenting. Last month, Austin spoke on the "Tamron Hall Show" about her struggles with the public commenting on her parenting skills by saying, “I’m underneath a microscope all the time and you don’t hear what good you do. You don’t hear the goodness, you just hear a lot of bad. And I know I’m a good mother. I’ve dedicated the last six years, putting everything aside, my career, everything, just for her. And you just want a little love, you want a little respect from people.” 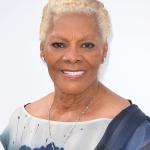