The singer held an intervention at her house for the rappers use of misogynistic lyrics.

In Dionne Warwick's new film, "Dionne Warwick: Don't Make Me Over" which recently premiered on CNN, she reflected on a time in the 90's when she called out some of the biggest "gangsta" rappers at the time for their misogynistic lyrics. The Grammy-winner, who was the first solo Black female artist in contemporary vocal performance to win this award, decided to host an intervention at her house with Snoop Dogg, Tupac Shakur and co-founder of Death Row Records, Suge Knight. “These kids are expressing themselves, which they’re entitled to do. However, there’s a way to do it,” Warwick said in the CNN film.

“We were kind of like scared and shook up,” Snoop Dogg said when he first heard about her invitation. “We’re powerful right now, but she’s been powerful forever. Thirty-some years in the game, in the big home with a lot of money and success.” Warwick told them to arrive at her house at 7 a.m., Snoop Dogg recalled he, Shakur and Knight were so scared, they arrived in her driveway at 6:52 a.m.

Snoop Dogg reflected on what the singer said to him, “She was checking me at a time when I thought we couldn’t be checked. “We were the most gangsta as you could be but that day at Dionne Warwick’s house, I believe we got out-gangstered that day.” 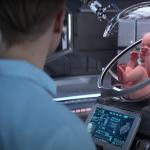