If you’re the mother of a toddler, you need to know these 5 facts

Raising a Toddler Can Make You Want to Swoon With Joy or Quietly Pull Your Hair Out. Here's What You Need to Know to Keep Your Sanity.

They throw tantrums, toys and likely even a dish or two. The next minute, they're cuddly, lovable and oh-so-sweet. If you're the mother of one of these complex, contradictory creatures known as toddlers - and you're hoping to keep your sanity intact - there are a few things you should know.

1. He's not going to starve to death

Last week, he couldn't get enough strawberries. This week, he's gagging on them and throwing his plate on the floor. He hasn't eaten since lunch, but he doesn't seem remotely interested in dinner. Is he really not hungry, or is this some kind of devilish mind game? Take a breath; it's probably the former. Toddlers are as fickle with their food preferences as they are with new toys. What delighted them yesterday is chopped liver (literally) today. According to kidshealth.org, toddlers are beginning to take control of parts of their lives - including what they choose to eat. Unfortunately for you, this control may manifest itself by disrupting your otherwise pleasant dinner. Give your child a variety of healthy foods and let him choose which to eat. If he doesn't eat at all, shrug it off and try again at the next meal.

2. She needs to make choices

Let's be honest. The world of toddlerhood isn't exactly liberating. From their schedules to their meals to their clothing, someone else is usually in charge. But making choices is an important part of a toddler's development - one you should encourage in small ways throughout the day. Rather than give your toddler carte blanche, offer frequent, simple choices, such as whether to have chicken or avocado for lunch, whether to wear tennis shoes or flip-flops or whether to go to the park or play in the sprinklers.

Parents of toddlers love their children, but some days, it can be really, really hard to like them. They make countless demands, throw tantrums when things don't go their way and have a knack for pushing all the right make-mommy-crazy buttons. In fact, if you want to destroy an otherwise delightful situation or occasion, just throw a toddler in the mix. According to Parenting, toddlers' unending demands and seemingly nonexistent logic are perfectly normal; they have yet to understand spatial relationships (i.e., that's why she keeps running into the wall), the concept of time (why can't we do it now?) and exactly how the physical world works (in other words, why she still wants pretzels when you told her you have no pretzels).

It doesn't take long for children to learn the word "mine." Conversely, they seem to shun the idea of "yours." Your toddler wants nothing to do with the expensive new toy you bought him, but he's keenly interested in your car keys or lipstick. Don't get frustrated; in your toddler's eyes, you're a goddess - and your possessions are precious indeed. Just make sure you keep the car keys up high.

5. They're growing - and need gear that grows with them

Let's be honest - baby gear isn't cheap. But just because you broke the bank on that swing or crib doesn't mean your toddler is going to love it any longer. Toddlers grow out of toys and gear faster than you (or your wallet) would like. Think strategically about what you buy your tot. For example, The Strolly is a stroller/bicycle combination that grows with your child and can keep him interested for years - not just until dinnertime. 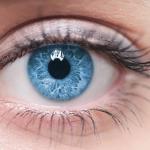 8 Ways to Love Yourself When You Don't…