Is It Adhd or Just Lazy Parenting?

How Can You Know if That Out of Control Kid is Really Under-Disciplined or if They Actually Have Something Else Going On?

Being a parent is hard. We try our best to cultivate polite, responsible little citizens, but our kids have minds of their own. Unfortunately, we sometimes get judged by others for the actions of our kids, even when we are doing our best. Often it's hard to decide what constitutes normal behavior and what actions might point to a bigger problem.

With all the hype in the media about Attention Deficit Hyperactivity Disorder (ADHD), we sometimes have to ask ourselves, is this behavior the result of lazy parenting or is it really ADHD?

ADHD by the numbers

According to the United States Center for Disease Control, around 9 percent of children ages 3-17 have clinical ADHD. Boys are also twice as likely as girls to have ADD or ADHD. Also, the prevalence of ADHD has risen an average of 3 percent a year since 1999, although it's hard to tell if more children actually have the disorder or if the reporting methods are simply improving.

ADHD is one of the most common neurological disorders of childhood, and the disorder often persists into adulthood.

There are also three types of recognized ADHD: Predominately Inattentive Type (formerly known simply as ADD), Predominately Hyperactive-Impulsive Type, and Combined Type (where the person displays characteristics of both).

While many of these symptoms seem rather general, a physician or developmental psychologist can perform evaluations to determine if a child really does fit the clinical definition of ADHD. Remember that teachers, school psychologists, school counselors and social workers cannot definitively diagnose ADHD in most states. They can only give guidance.

What DOES NOT cause ADHD

We know that ADHD can come from a variety of sources, most predominately from a genetic predisposition. Regardless of origin, true ADHD is a neurological condition.

However, there are many myths floating around about what causes ADHD. Many of these supposed causes have been disproven in numerous studies. Researchers have determined conclusively that ADHD is not caused by: lazy parenting, eating too much sugar, spending too much time in front of the TV or living in poverty. Living in an unstable environment may make the symptoms of ADHD worse, but they do not cause the disorder.

Helping the child with ADHD

If you believe your child may have ADHD, schedule an appointment with the child's physician or with a psychologist trained to diagnose childhood disorders. Even if a friend, family member, or school professional tells you that they think your child has ADHD, you cannot get an official diagnosis without seeing a physician or psychologist.

If your child, or a child in your life, is diagnosed with ADHD, rest assured that there are many paths to treatment. Most treatment uses a combination of drug therapy and behavioral therapy. There is no "one size fits all" approach to treatment.

Your team of physicians, psychologists and school personnel can help you develop a treatment plan that will allow your child to learn and grow.

When facing ADHD, knowledge really is power. Arm yourself with good information from reliable sources, assemble a strong team concerned with the well-being of your child and ignore the judgment of others. Only you know what's best for your child, and you really are doing the very best you can. 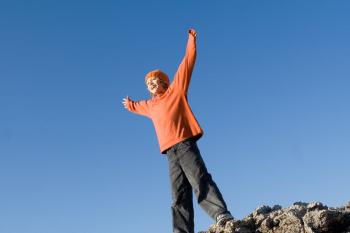 How to Help Others Change by Looking on…