Is The “Trad Wife” TikTok Trend Encouraging Women to be Submissive?

Have you heard of the "trad wife" trend?

A new trend on TikTok of stay-at-home mothers showing their daily routine of doing domestic work has started a debate about whether the trend is encouraging women to be submissive. Insider reported earlier this month that women showing their lives as homemakers is an aspect of a movement of American women making traditional wife, or “trad wife,” content showing the positive side of being a housewife.

The “trad wife” hashtag has over 96 million views on TikTok, and some users are incorporating it into their usernames. For example, Estee Williams is a 24-year-old TikTok content creator who defines “trad wife” as a woman “who chooses to live a more traditional life with ultra-traditional gender roles.” She lives in Virginia with her husband, Conner. In June, Williams posted a video listing everything she does to make her life more pleasant, including wearing makeup and cute house dresses, listening to music while cleaning, and taking candle-lit baths.

In an interview with Insider, Williams said she’s not belittling women’s right to work, but she believes that homemakers like her think women have drifted too far from their roots. Williams said, “For me, the hustle culture was not appealing. Being a wife, mom, making delicious home-cooked meals for my family, and keeping up a warm, inviting home is what truly spoke to me.” She added that working is good for some women but worries that many in the workforce suffer from exhaustion. Williams concluded by saying that she promotes the homemaker lifestyle to show the fulfillment the lifestyle provides.

A 2020 analysis led by Great Place to Work and healthcare start-up Maven found that mothers in paid employment are 23 percent more likely to experience stress than fathers in paid employment. The study surveyed 1,200 U.S. companies and more than 400,000 working parents. The analysis also included 226,000 working moms and 204,000 working dads as they responded to 60 questions through the Great Place to Work’s Trust Index survey.

According to the study, a projected 2.35 million working moms in the United States suffered from exhaustion at the beginning of the COVID-19 pandemic, primarily due to unequal demands at home and work. Another survey conducted by LinkedIn assessed almost 5,000 members of the site and found that working men and women face the same stressors, but the intensity level for women is higher. Seventy-four percent of women said they felt somewhat stressed for work-related reasons compared to 64 percent of working men.

Forty percent of working women mentioned not having enough time to get everything done as one of their top stress factors, compared to only 35 percent of male respondents. The Insider report also emphasized that some traditional wives think feminism has caused women to go to work instead of being full-time mothers and wives. Data analyst and researcher Deborah Etienne, who’s tracking the social media trend, says that many traditional wives reject feminism because they believe it destroyed everything.

While some women choose to be traditional wives and mothers, others prefer to work, and women should stick with whatever preference makes them happy. 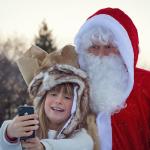 Gen Z Parents Say No to Teaching Their…