The common cold is one of the most prevalent illnesses. It is caused by more than 200 viruses. Unlike the flu, the symptoms of the common cold are usually mild and do not involve extreme fatigue. Because of its widespread prevalence, the cold is the most common reason for missed school and work days. Colds usually impact children worse than adults. Infants and preschoolers are the most commonly affected because their immune system is still immature. Toddlers are often with other children; they don't wash their hands properly and don't cover their mouth when they cough or sneeze.

The cold virus is passed through droplets, in the air, which are released when a person coughs, sneezes, or talks. One can inhale the droplets directly or come in contact with a surface that they are on. The cold virus can last for three hours on a surface.

Being out in the cold does not cause a cold. However, cold temperatures can dry out the nasal lining and make it easier for the nose to become infected. People with allergies that affect the nose and throat are at a higher risk of infection. People who exercise regularly are less likely to become infected. The first symptoms will appear two or three days after infection.

Once infected, the nose will start to run as a way to wash the germs out. Drainage will change to yellow or white as the immune system starts to work. It can then change to a green color; however, this does not mean that it needs to be treated with an antibiotic. Because a cold is caused by a virus, antibiotics are of little use. As symptoms progress someone who has a cold might experience the following:

If your child is experiences any of these symptoms, it's likely a cold. However, if your child is sick, it's important to watch for flu-like symptoms. The following symptoms commonly occur with the flu:

Should your child become ill with the common cold, have him or her get plenty of rest. Ensure he or she is drinking plenty of fluids. Use a vaporizer or humidifier. Try a nasal spray or wash. If needed, use a pain reliever/ fever reducer such as acetaminophen or ibuprofen. A throat lozenge, salt water gargle, or throat spray can be used to relieve the sore and itchy throat. Cold medicine is not recommended for children under the age of 4 years old.

The best treatment is prevention. Some practical methods for prevention are:

Even though you try your best to prevent your children from catching the common cold, they more than likely will still experience it. Therefore, as a parent you need to monitor your child's illness to make sure it is not something more severe than just a cold. 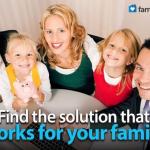