Kim Kardashian’s game is a huge success. Should you download it?

It's been almost two years since Kim Kardashian released her video game, which has set unrealistic expectations about life.

Her husband may be $53 million in debt - OK, not really - but Kim Kardashian West's revenue stream is rapidly growing.

Back in 2014, Kardashian released a mobile video game called "Kim Kardashian: Hollywood." The game, though free, allows users to make in-app purchases, as most free game apps do. And it seems to have paid off.

This last Wednesday, the CEO of Glu Mobile, Niccolo de Massi, said that the game garnered more than $100 million during the first five quarters of its release, thanks to the 42 million downloads, according to The Huffington Post.

Of course, this game didn't meet all expectations. As The Huffington Post reported, analysts believed the game would earn $200 million in four quarters and that Kim would earn 45 percent of the cut.

So, based on de Massi's real numbers, Kardashian could have earned potentially $45 million for the game.

People seem to really enjoy this game, too. So much so that in July 2014 when the app crashed, fans went crazy about not playing it. And it's inspired so much interest that both Taylor Swift and Katy Perry received game offers from Glu Mobile. Kardashian's sisters Kendall and Kylie Jenner also launched their own games just this past week.

But these games, specifically Kardashian's, may just be another way for her to push forth her personal brand, potentially putting American families at risk of making their children crave an unrealistic and unhealthy lifestyle.

Back around the game's debut in 2014, parents voiced concerns over their children spending too much money on the game's in-app purchases, according to Business Insider. In fact, New York Times best-selling author Ayelet Waldman said her son spent close to $120 on the game by buying virtual clothing and more playing time, Business Insider reported.

This is an issue we've seen recently, too. Parents were concerned when a child spent $6,000 on in-app purchases for the "Jurassic World" mobile game. And, funny enough, Kanye West spoke out against mobile games that ask for in-app purchases after he and Kardashian's child, North West, racked up some purchases on the couple's iPad. (Maybe that's why he's in debt?)

But Kardashian defended her game. She told the "Today Show" that the game is just for fun and should only act as a source of entertainment, like "Candy Crush."

"You just have to make sure that your parental controls are all set," she told Matt Lauer on Monday's "Today Show." "I think you just have to be responsible, and don't have your credit card linked to where your kid can just spend if they want to, or ask permission."

These in-app purchases show something deeper, though. Game users want to spend a lot of time with Kardashian, and a lot of money on her and the Kardashian brand. They want to dress her up and pretend for a few minutes that they live that lifestyle. The game is, after all, centered around Kardashian dealing with the paparazzi and getting dressed for a day in her life.

Users are so interested in indulging the brand that they may be setting unrealistic expectations for their own lives.

It's been long noted that the Kardashian brand sets unrealistic expectations about body image, fame and materialism. In the book "Keeping Up the Kardashian Brand: Celebrity, Materialism, and Sexuality," author Amanda Scheiner McClain wrote that Kim Kardashian and her family often make fame and celebrity out to be the ultimate goal in life.

The Kardashian brand does this so much - through TV, retail products and now mobile video games - that it becomes almost too easy to imitate, which creates an entire subsection of Kardashian fans who want to be like Kim, McClain wrote.

"The materialism inherent throughout the Kardashian media is another easily absorbed trait, just like beauty, sisterhood, and sexuality. These simplified ideals amalgamate into an easily packaged, seemingly glamorous and unending aspirational lifestyle and brand for audiences to consume and imitate."

Still, no one can be the Kardashians. It's unrealistic, McClain wrote.

These unrealistic expectations of being a Kardashian can be detrimental to children and teens. The Kardashians, at the end of the day, really are just reality TV stars, and research has found that reality TV can teach teen girls the wrong lessons about self image, according to Time magazine. Specifically, the research has found that reality TV makes teen girls more accepting of aggressive behavior, bullying and gossiping, Time reported.

"The girls on these shows are looking bigger than life, perfect hair, perfect makeup, and girls are saying why am I not like that?" Caeley Looney, a Girl Scout and high school sophomore, told Time.

This only increases when the reality TV shows glorify beauty, materialism and unhealthy social behaviors, according to the Clay Center for Young Healthy Minds. Children and teens who engage with these TV shows or reality stars become more accepting of their behaviors, making them more likely to emulate them.

But this may not always be the case. Adrian Johnson of Michigan Live wrote that Hollywood and TV may show fictional characters who normal children can never be, but that doesn't mean they're receiving unrealistic expectations.

The clothes, the appearances and the mindsets don't matter. It's the themes they portray.

"Television shows such as 'Hannah Montana' and 'Entourage' both portray young adults with an income that has no limits and fame that has no boundaries," Johnson wrote. "The shows inform children that they too can acquire such a lifestyle by working hard."

This can be said about the Kardashian video game. Sure, it shows Kardashian parading around in fancy clothes and in the spotlight, possibly setting unrealistic ideas about what the real world is like for children. But, based on Johnson's idea that unrealistic expectations put forth by the media can be motivation, the game could also be a source of inspiration for youngsters.

"Through movies and TV shows that exemplify the life of adventure and success, children are able to latch onto the thought that anything is possible," Johnson wrote. "When children see their most unfathomable ambitions on screen, they are compelled to turn them into a reality for themselves. Movies and television programs merely provide a taste of what can be accomplished through hard work and dedication. The rest is in the hands of those who dare to dream."

So how do you talk to your children about the Kardashian video game that they love to play so you don't discourage motivation, but keep them away from too many unrealistic expectations?

Holly Peek, M.D., of the Clay Center, recommends parents constantly talk with their children and teens about what they like about reality TV shows so that they can determine what is age appropriate and what draws children to certain reality TV show stars.

"Although the programming of reality TV can be highly entertaining, it's important to be aware of the messages and values that these shows often portray," Peek wrote. "More importantly, it's essential to be aware of what our children are watching so that we can teach them how to recognize and process the skewed values of television reality."

And, if there's anything that teens adore about reality TV or its stars that parents don't agree with, moms and dads can teach their teen why those might not be the best things to embrace, Peek explained.

By talking to your children and understanding what they like about reality TV stars, you can put them on a course to embrace strong values, Peek wrote.

"This knowledge will give your child the tools to develop stronger values," she wrote, "and a more solid self-esteem that is free from the influences of reality TV."

For more on the Kardashians 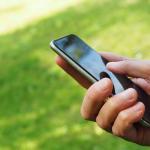 How to Monitor Your Child's Phone Even if…