Man goes to the concert in Las Vegas agnostic, but after the horrific events he’s now a ‘firm believer in God’

A Miracle Happened For This Man and His Sister During the Las Vegas Shooting.

This past Sunday, there was a mass shooting in Las Vegas, Nevada at a country music concert. The mass shooting is now being called the deadliest in American history, and over 50 people have passed away while over 500 are injured.

There were miracles among the horror

This tragedy will leave a permanent mark on everyone involved, but there's no question there were miracles that happened that night. One man who attended the concert arrived an agnostic, but when he left, he was a "firm believer in God."

Taylor Benge was ready for a fun night at the concert when it turned into a terrifying nightmare. As he witnessed the horrific events around him, he was incredibly impressed and grateful for his sister, who stayed by his side during the shooting.

He and his sister stayed close together

He told CNN, "My sister being as noble as she is, she actually threw herself on top of me and was saying, 'I love you Taylor, I love you,' and I'll never forget that." As the brother and sister were running away from the scene, they would get down and take cover every time they heard a gunshot.

They waited for safety

They didn't know they were safe or how many people were shooting, but they were able to take cover in a hangar while they waited. Benge said he didn't know he was safe for an hour and a half after the ordeal occurred.

He knows God helped him

Even though Benge didn't believe in God before the concert, he believes he is blessed to be alive today — and he believes God helped him and his sister get through the tragic incident. He said, "I was agnostic going into that concert. I'm a firm believer in God now, 'cause there's no way that, you know, all that happened and I made it and I was blessed enough to still be here alive talking to you today."

Our love, thoughts and prayers go out to all who were affected by or involved in the Las Vegas shooting. 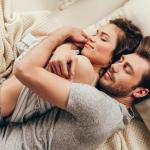 If You Answer Yes to These 8 Questions,…