Matthew McConaughey Shares What His Parents Taught Him About Consent

Matthew McConaughey credits his parents for teaching him about respect and consent in relationships.

Matthew McConaughey says his father helped teach him about the concept of consent.

During a recently published episode of Amanda de Cadenet’s “The Conversation: About the Men” podcast, the actor talked about how his parents instructed him about healthy sexual relationships.

The star said his dad “had always had this thing where he taught us the birds and the bees.”

“He sat me down talking the birds and the bees and he said, ‘You’re getting that age, you kiss?’ and I said, ‘Yes, sir,’” McConaughey recalled. “And he goes, ‘Well, it’s gonna go further than that one day. It’s probably gonna go to where you’re gonna get intimate and there’s gonna be the breast and there’s gonna be below the belt.’ I’m paraphrasing.”

McConaughey said his father advised him that “If you ever feel the girl, the female, hesitate, stop.”

That was helpful for him, he said, when he felt blackmailed into sex at the age of 15.

“After that, I got to have some healthy sexual relations,” McConaughey said. “And have girls that I liked and liked me and we slowly got intimate and it was beautiful and clumsy, and all those things, but it wasn’t ugly like that was.”

McConaughey had previously revealed that he was sexually assaulted at age 18 - something he’s also addressed in his memoir, “Greenlights.”

The Oscar winner credited a strong support system for helping him overcome the trauma.

This article originally appeared on cnn.com. 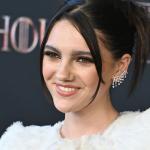