Emily Carey says she was "scared" to film sex scenes with Paddy Considine.

"House of Dragon" star Emily Carey recently opened up about her initial hesitations to film sex scenes for the new show. Carey, 19, who plays Alicient Hightower stars as the wife of King Viserys, who is played by Paddy Considine, 47, in the fantasy series. She spoke about her uneasiness with the nearly 30 year age gap between her and her co-star saying she felt "scared" to carry out these scenes.

"It scared me, because at that point I still hadn’t met Paddy, I didn’t know how much of a joy he was and how easy he was going to make the scene, and all I saw was, you know, a 47-year-old man and me, I was a bit concerned,” she said.

“And having that outlet of the intimacy coordinator, to be able to talk everything through and not be shunned, or not feel awkward, or not feel like ‘Oh, this isn’t your job. I don’t want to make you feel uncomfortable but can I ask you ... ’ it was never any of that, it was just that open dialogue,” Carey added.

She also revealed that she had never seen the series' forerunner, "Game of Thrones," before being cast, and says she was quite nervous about the violent sex themes that she saw take place in the show once she finally sat down and watched once her show was in pre-production. “I’ve never seen ’Game of Thrones’ before, and so in the pre-production period I sat down to try and watch it and of course the first season, even just the first episode of ’Thrones,’ there’s a lot of violence upon women,” she said. “There’s a lot of violent sex and it made me nervous. I was like, ‘Oh God, what am I gonna have to do in this show?’”

The now 19 year old went on to share that although she was uneasy at first, the production of the sex scenes were "a lot easier than I thought it was going to be." 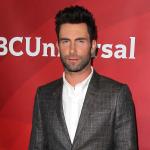