Whether or Not You Agree With Their Politics, These Two Have Some Beautiful Pointers Every Couple Needs.

It was the "luckiest break of his life" when Barack Obama was assigned an adviser named Michelle Robinson for his summer job at Sidley & Austin, a Chicago law firm.

"I remember being struck by how tall and beautiful she was," Barack said. "She, I have since learned, was pleasantly surprised to see that my nose and ears weren't quite as enormous as they looked in the photo I'd submitted for the firm directory."

It wasn't exactly love at first sight for the Obamas. Barack asked Michelle out multiple times, but she kept refusing. She said it would be inappropriate since she was his adviser.

Happy birthday, Barack! Your hair's a little grayer, but I love you more than ever. -mo

"Finally, I offered to quit my job, and at last she relented," Barack said. "On our first date, I treated her to the finest ice cream Baskin-Robbins had to offer, our dinner table doubling as the curb. I kissed her, and it tasted like chocolate."

Since their marriage on October 3, 1992, the Obamas have gone through a lot. Whether you agree with their politics or not, keeping any marriage happy during 8 years of running America is no easy task. The Obamas will soon celebrate their 25 wedding anniversary, and these are the nine secrets for a rock-solid marriage we've learned from them over the years.

1. Even soulmates have to work at marriage

"Marriage is hard work," Michelle told Good Housekeeping. "Even the best of marriages require a lot of work - even if you're married to your soul mate who has very few flaws. Building a life with a person other than yourself, and raising kids and dealing with all of the bumps and the bruises and the joys and the pains that go along with life, that creates the natural state of marriage, and it's a challenge. I say that to people not to discourage them, but to say that you will inevitably hit those bumps. Don't view that as a shortcoming of yourself or your spouse or your marriage. Don't give up on it. Just understand that you're going along the path that everybody else goes on. Go in ready for the work."

Today is the Obamas' 20th wedding anniversary. Help them celebrate by signing the card: http://OFA.BO/kjGrgQ

2. When you're home, be present

"It's one of many ways that Barack shows me and the girls how special we are. And that's the thing that touches me about him. I don't care what's on his plate. I don't care what he's struggling with. When he steps off that elevator into our residence he is Barack and dad," Michelle said.

Happy Birthday to the man who always makes me proud. Thank you for your friendship, honesty and compassion. I will love you always. -mo

3. Be happy with who they are

"I loved Barack just the way he was. Our life before moving to Washington was filled with simple joys. Saturdays at soccer games, Sundays at Grandma's house. And a date night for Barack and me was either dinner or a movie, because as an exhausted mom, I couldn't stay awake for both." Michelle said.

4. Praise each other publicly

"On Oct. 3, 1992, Barack and I were married in Chicago - and every day since, I've grown prouder and more in love with him," Michelle said.

"Not only has [she] been a great first lady, but she is just my rock, and I count on her in so many ways every single day," Barack said.

55 years young and that smile still gets me every single day. Happy birthday, Barack. I love you. -mo

"I kind of give him a pass now when he leaves his socks on the floor or tells that story for the one hundredth time and wants us to laugh at it as if we first heard it," Michelle said in an interview with Ellen DeGeneres.

Happy Easter from these two!

6. Be the type of partner your spouse wants to come home to

"When I come home, no matter what I'm dealing with, I know that I've got people there who not only do I love, but whose company I just enjoy and who will bring me down to the level of basic humanity and humor. They will knock you down a peg and make sure that I'm not taking myself too seriously, even if I'm taking the work seriously," Barack told Oprah.

So proud of POTUS and all that we've accomplished together. What an incredible journey filled with remarkable people. I love you Barack. -mo""Ž

7. Make time for each other EVERY day (no matter how busy you are)

In her second year as first-lady, Michelle Obama said she and Barack still make sure they have quality time every day. Quality time, she explained, doesn't have to be big.

"When the kids go to bed and after he's done a little reading, we're usually curled up in our den, and we'll watch a show together. Or we'll talk and catch up. It's nothing major, but that's what marriage is about. Not the big, splashy stuff. It's just the little day-to-day sharing and routines and rituals that we still have."

But even still, during their presidency, the Obamas still tried to have a date night.

"We try to do date nights; it's a little tough. Barack has a 20-car motorcade, men with guns, the ambulance is always there. How romantic can you be?" Michelle told Jimmy Fallon.

Happy birthday to a loving husband, wonderful father and my favorite dance partner. 54 looks good on you, Barack! -mo

8. Learn to be thoughtful

"Michelle was trying to figure out, OK, if the kids get sick why is it that she's the one who has to take time off of her job to go pick them up from school, as opposed to me? What I tried to do was to learn to be thoughtful enough and introspective enough that I wasn't always having to be told that things were unfair," Barack said.

"ªHappy #FathersDay @BarackObama. Our daughters may be older and taller now, but they'll always be your little girls. We love you."¬

9. You must give them respect

"It has to be a true partnership, and you have to really, really like and respect the person you're married to, because it is a hard road," Michelle told Oprah. "I stopped believing in love at first sight. I think you go through that wonderful love stage, but when it gets hard, you need a little bit more."

Most of us don't have to make a marriage survive through running a country, but we all deal with catastrophic events in our own way. These nine habits can get you through the happiest and hardest of times with your sweetheart by your side. 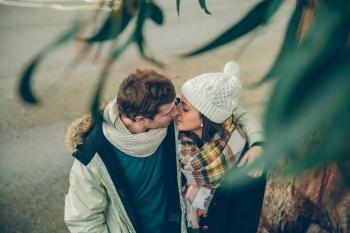 10 Things That Will Make Your Wife Love…