Mom gets a call from her kidnapped daughter, but the most chilling part is when she realizes her daughter’s location

She Never Imagined This Could Happen to Her Family.

It's every parent's worst nightmare: receiving a call from an unknown number and hearing that your child has been kidnapped - the only way you'll get your child back is by paying a ransom.

It seems unimaginable, until it happens to you

Kate Elizabeth, a mother from Arizona, received this gut-wrenching phone call while at work. Her daughter was out of town at the time, and when she picked up the phone she heard her daughter's voice.

According to Kate's Facebook post, she heard her daughter crying "Mom he put me in a car I don't know where I am going you need to help and I'm scared."

The man then demanded that Kate send him money. He told her the exact location where her daughter was staying, and told her to bring him cash if he wanted her daughter back. She said she would comply, calmly asking if she could speak with her daughter.

Then, her daughter called her

While Kate was on the phone with the kidnappers, a coworker was able to get in touch with Kate's daughter. Kate's daughter hadn't been kidnapped - in fact, she was completely safe.

At this moment, Kate realized the entire kidnap story was a scam.

While relieved to hear her daughter was safe, Kate was absolutely horrified that someone would pull such a stunt.

"I have never been so upset, scared and lost," she said on her Facebook post. "This is a call I hope nobody ever receives."

Now she is warning other parents how to avoid this

In her Facebook post, Kate said "please and I beg you to watch your kids, turn off your locations services and protect your babies."

She said there's no way the scammer could have gotten her daughter's voice or her family's information except through social media.

Anyone who uses the internet or owns a phone is all too familiar with scammers. In the past six months, I've received several calls from scammers, claiming to be from the Microsoft Help Desk, buyers interested in an item I'm selling online or even a debt collector from the IRS.

It's easy to detect some of these scammers, but that common sense can immediately shut off if the person on the other end tells you they have one of your loved ones.

One reason scammers may have taken to this new kind of theft is because they know that people are willing to do anything to get their loved one back.

Scammers calling about loved ones up for ransom has been an ongoing problem for a few years now, but it's even easier to get away with it now. Features like voice recognition patterns and location services can all be collected through social media apps like Facebook, Instagram and Snapchat.

What to do if you receive a call like this

Even if you take extra precautions to avoid scams like this, it's still possible to get stuck in their net. Kate herself thought she was safe from this kind of horror.

"I am the parent who tracks everything but guess what I got scammed and thought my world was gone with one 10 minute phone call," she said in her Facebook post.

The Washington Post warned readers what to look out for with these scammers:

2. Be wary if calls don't come from the alleged kidnapped victim's phone.

3. Scammers will do anything to keep you one the phone while demanding ransom.

4. They'll prevent you from calling or locating the alleged kidnapped victim.

5. Ransom money is only accepted via wire transfer.

1. Try to slow the situation down by asking about the victim directly. Ask, "How do I know my loved one is OK?"

3. If they don't let you speak to the victim, ask them to describe the person or describe the vehicle they drive.

4. Listen carefully to the voice of the kidnapped victim if they speak.

5. Try to call, text, or contact the victim. Request that the victim call back from his or her cell phone.

Above all, stay calm.

It can be difficult to remain calm and process your thoughts clearly during a moment of panic. Many people might think they know better than to fall for such a scam, but Larry Lutes, another man who fell victim to a kidnap scheme, argued this point:

"You would [fall for it] because it's a gamble," Lutes told CBS news. "You're gambling with somebody's life."

Lutes and his wife lost $17,000 when a scammer called them and told them their daughter had been kidnapped.

Lutes' wife agreed with him, saying you wouldn't jeopardize your child's life like that.

"You just wouldn't do that," she said. "Who's going to take that chance?"

As these scams become more and more prevalent, it's important to be aware of what precautions to take - be sure to share this with your loved ones so they too can avoid falling victim to this cruel scheme. 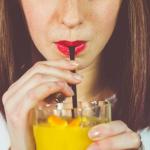 4 Horrifying Things That Artificial Sweeteners Do to…