Moments after saying ‘I do,’ a bride discovers shocking news; no one anticipated what she does next

No One Expects Their Wedding Day to Go This Way.

A bride's wedding day is bound to hit a few bumps along the way, but Sarah Ray's took an unpredictable turn.

Her day didn't consist of a torn dress, lost rings, a runaway bride or any typical wedding day disasters. Sarah and her husband Paul said their "I do's" in a church without any problems. But when Sarah was on her way to her reception, she received shocking news.

Her grandmother and father, who were already on their way to the reception, had gotten in a car accident.

"The car was totaled, that's all we knew," Ray told USA Today. "We hopped in the car with my sister and her husband and headed to the crash."

Though Ray was in the middle of the biggest day of her life, she kicked into rescue-mode-after all, she's a paramedic. She drove to the scene where emergency vehicles had already arrived. Ray sprang into action like usual, though she wasn't dressed in her emergency gear-she was wearing her flowing, white wedding dress. 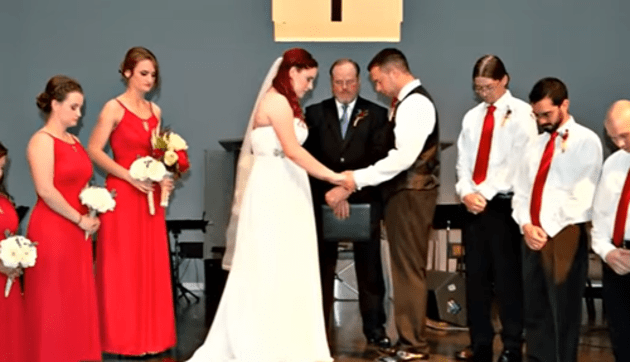 Ray's mother, a photographer, snapped a picture of Ray during the scene. The photo, with its contrast of Ray standing in her formal wedding gown against an emergency scene backdrop, went viral.

How dedicated are you to your job? Sarah Ray, Paramedic with Montgomery County Emergency Medical Services, was...

"She's giving me that look, like, 'Really? You're going to take my picture now?'" said Ray's mother, Marcy Martin, to USA Today. "It was just about the contrast - the beauty of her and then the chaos in the background."

The first thing Ray's grandmother did when Ray found her in an ambulance was apologize for ruining her wedding day.

On the contrary, Ray's day was far from ruined. Her grandmother escaped the accident with nothing more than bruises, and Ray's training and experience allowed her to respond to a family disaster.

The county's Facebook page posted the picture or Ray with the caption: "How dedicated are you to your job? Sarah Ray, paramedic with Montgomery County Emergency Medical Services, was photographed on her wedding night working the wreck of one of her wedding guests. Now that's dedication ... she stopped to assist on the way from the wedding to the reception! Thank you, Sarah, for loving what you do!"

Despite the unexpected turn of events, Ray's grandmother encouraged her to continue on with her wedding night as planned. Ray's father was able to still make it to the reception for their father-daughter dance. 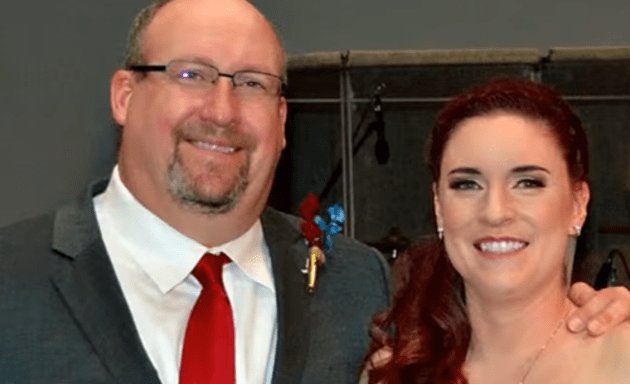 "I really don't think we did anything out of the ordinary," Ray said in a Facebook post. "I would like to believe just about anybody in the medical field would have done the same, especially for family...dressed up or not."

Though many people sharing and commenting on the Facebook photo applauded Ray's heroism, she doesn't think of herself as a hero.

"Any other responder that had come across a wreck, whether it be their family or not, and whether they had been in their wedding dress or not, would have stopped and made sure that everybody was OK," Ray told Inside Edition. 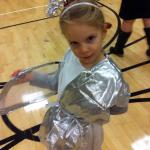 Her World Shattered When Her Daughter Was Murdered…