Getting married is exciting! Dealing with money problems is not. Learn from these tips on how to deal with money when you're newly married.

Getting married is one of the most exciting times of your life. You have finally found the person you want to share the rest of your life with - someone to share your joys and your sorrows, your triumphs and your trials, your health and sickness. Every newlywed couple wishes for endless sunny skies ahead, but the storm clouds are unavoidable, especially when it comes to money. What many couples don't realize is that there is a way to hedge against the storms that will inevitably come. Here are just a few things you can do.

Years ago, when asked what the key was to her happy marriage, 90-year-old Marjorie Pay Hinckley responded, "I lowered my expectations." That response was by no means a case for low expectations, rather a commentary on the ridiculously high expectations we sometimes have for our spouse. It's important to recognize that you both come from completely different backgrounds. When it comes to money, your goals may be the same, but your behaviors most likely are not. Determine if your expectations are realistic or not. There will be things you need to work through. Communication and compromise must be a high priority. Don't just wait for your spouse to change to fit the mold you chose for him or her.

When my wife and I dated and were engaged, we rarely disagreed. It was as if love truly could solve all problems. But the honeymoon stage ended quickly after we were married. Less than a month after we tied the knot, my wife was in a car accident, which left her physically and emotionally battered. It also brought on an avalanche of medical bills that we were financially and mentally unprepared for.

Fortunately, we were able to work through everything that came with the sudden change that came about early in our marriage. Even though our love for each other was the motivation for us to work to solve our problems, love alone wasn't enough. We learned quickly that in order to fix our problems, we had to learn to put selfish habits and goals aside to serve the relationship.

Prepare for Expenses to Increase Exponentially

When I was single, my rent hovered around $200 a month, and my grocery bill was between $60-$80 a month. As I was preparing for the finances of being married, I naively multiplied those numbers by two and was pretty impressed with my planning. After we were married, though, both expenses more than tripled. At first, I worried that we were being irresponsible, but I learned that this is just a fact of life. My wife valued healthy food more than I did, and married housing is generally more expensive because, instead of packing six students like sardines into an apartment there are only two to bear the cost.

The same went for other expenses. There was a little bit of a scramble to make sure we had the income to take care of them. As you are just starting out, it is important to expand your planning to include expenses you may never have had before in your previous single life. Also expect expenses to be higher than you originally thought. Yours may not reach that level, but it is better for your expenses to be lower than your expectations than higher.

The best time to talk about money in a marriage is as early as possible. With time, other problems may come up that heighten money problems. At the same time, it is important, in the honeymoon stage, to be honest about what you want rather than just trying to cater to your spouse. Going along with your spouse's selfish goals simply because you are afraid to cause problems will just delay and magnify the heartache.

Take the time to set goals together. Talk about expectations. Decide to budget together on a monthly basis in order to keep communication lines open and keep each other accountable. Allow realistic personal and family goals, and don't let personal goals get in the way of family goals. Also, here are some money tips showing the benefits of being frugal.

Money problems are a high indicator of divorce in American families. The best time to prevent those problems is at the beginning of your marriage. Establishing common goals and habits can strengthen your relationship and can also prepare you for success in your lives to come. 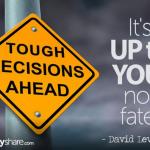