Motherly Advice For the Bride-to-Be

Before I Got Married My Mother Told Me, "He'll See You Differently Than You See Yourself." as Women, We Are Often Very Critical of Ourselves. But Believe Your Husband When He Says You Are Beautiful and Learn to Simply Say "Thank You."

It was a bit of an awkward conversation. I was getting married in the morning, so I guess my mom thought we should talk. I was making last minute preparations, packing my bag, setting out the jewelry I had bought to be that perfect touch on a special day. I had a million things on my mind; hoping everything would continue to fall right into place, and that my dream wedding would indeed become reality. I was so caught up in the wedding preparations, in many ways, I'd almost forgotten that I was getting married. I would be a wife. I would have a husband.

My mother and I only talked briefly. Though it may have been a bit difficult for her to put into words, her little speech didn't come out sounding rehearsed, but rather very sincere and real. I don't remember the exact words, but one specific thing she said that night caught my attention. Since then, I have often reflected on it.

"He'll see you differently than you see yourself."

As women, we often seem to focus on our flaws when we look in the mirror. If I could just lose 15 pounds. If only I had a smaller waistline, more defined arms, clearer skin. Then I would be beautiful. Or at least prettier. Maybe even just a little bit more attractive.

Why is it that we, as women, have such a hard time seeing ourselves as beautiful? Today, I want to share with you my mother's advice and tell you that your husband sees your physical self differently than you see yourself, and you need to allow him. He sees past your imperfections, except that he doesn't see it that way. He doesn't feel like he simply turns a blind eye to your physical "flaws". He looks at you as his wife and sees only beauty. When he tells you that you are beautiful - believe him.

A simple "thank you" is sometimes hard to say. Especially when we don't feel like we agree. It's easier, or maybe just a habit, to make excuses instead, as if saying "thank you" was something only a conceited person would say. There's no need to point out just how wrong the complement might be or how much you disagree. You don't need to bring up all the things you would change if you could. I challenge you to look your husband in the eye, with a smile on your face and say nothing more than "thank you." The phrase "thank you" isn't a prideful reply. It acknowledges the compliment that has been given and even returns the compliment. Thank you for noticing. Thank you for saying so. Thank you for being kind and for being mine. Then trust him. You are beautiful. Allow yourself to begin to believe it.

Natalie Porter is a rancher's wife, mother of two boys and a stay-at-home mom. She is always trying to understand how to be a better wife, mother and homemaker. She loves to cook good food, experiment with quilting, and is currently learning more about natural home remedies to take care of her family.
nextarticle 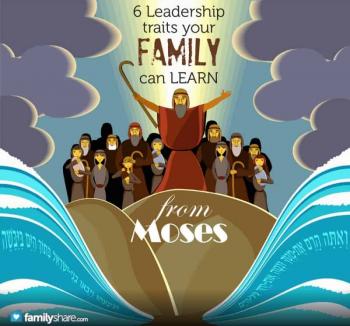 6 Leadership Traits Your Family Can Learn From…