My daughter is such a wimp

In the midst of my daughter's pain, I learned a valuable lesson.

I had just finished getting my 6 year old to sleep on our bed because he had been throwing up, and I went downstairs to get the throw up bucket to place on the end table beside him. I ran into my 8 year old daughter Kamri getting out of bed, the same 8 year old that I had put to bed 45 minutes earlier.

I confronted her in an aggravated tone and she, through sobs and tears, told me that she had a splinter in her foot from earlier in the day. I was frustrated and had no idea why she hadn't done anything about it earlier. Not to mention the fact that it was such a tiny thing. I can't imagine it hurt that bad. She went upstairs and my wife got some tweezers and a needle to get the splinter out. My daughter was bawling the whole time I tried to get it out, but to no avail. At one point she asked, "Can we say a prayer?" She leaned into my wife's chest, and bawled some more as she tried to compose herself to pray. My wife looked at me, realized my impatience with the situation, and said, "Have compassion."

My daughter sat up, said a prayer while gently whimpering, and God, in that very moment, sent a lightning bolt from heaven and gave me a vision of an event that happened to me two months ago.

What did I see?

I saw myself, lying in bed in the arms of my wife, and I was sobbing. I had a splinter of sorts. I was facing unemployment and all I could do was cry. I had lost twenty pounds in 2 months and I was a broken man. I was inconsolable. Someone else looking in on that scene might have wondered, "What's the big deal? Lots of people have lost jobs, just go find another one."

As I heard my daughter pray, I felt God teach me through this child. Was the splinter a big one? Did it really hurt that bad? The answer is yes, it was big to her and it was causing her pain. As she asked God to stop the pain, I remember making that same plea every day for months as I lay prostrate on the floor of my closet. "God, please take away the pain." We've all made similar requests, but each in completely different circumstances. If you ever find yourself wanting to roll your eyes or minimize someone else's pain, remember the wise counsel from my wife and show compassion.

I'm grateful for a sweet daughter who had the courage to pray in the midst of her pain, and even more grateful for a kind Father in Heaven who has given me the opportunity to learn amazing lessons from His precious children.

Editor's note: This article was originally published on Ben Arkell's blog. It has been republished here with permission.

Ben grew up in Hingham, Massachusetts, a small town 40 miles southeast of Boston, and currently lives in Lehi, Utah. He and his wife, Gina, have 6 beautiful children and he currently works as Payroll Manager at Ancestry.com. Ben also manages his daughter's YouTube channel, The Piano Gal, which recently hit 50,000 views in less than a year. He loves the power that words have to evoke positive emotion, and his aim is to have people feel something when they read his work.
nextarticle 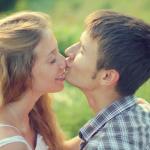 7 Ways a Wife Needs Respect From Her…