It Was About a Week Ago When President Barack Obama Called to End Islamophobia. But That Hasn't Exactly Happened.

It was about a week ago when President Barack Obama, in response to the recent San Bernardino and Paris shootings, addressed the nation from the Oval Office and called for Americans to put an end to Islamophobia.

But that hasn't really happened.

As Chris Riotta of Mic reported, Obama's call to end Islamophobia has been met with 19 independent anti-Muslim incidents since Dec. 7 alone.

"At least five places have been vandalized in the past seven days, including Islamic centers, temples and Muslim families' homes," Riotta wrote. "A Muslim congressman received a death threat, and a slaughtered pig's head arrived on the doorstep of an Islamic Society in Philadelphia. No one was arrested."

There was also vandalism at two Los Angeles-area mosques this past weekend, when mosques were defaced with graffiti, The Los Angeles Times reported. Authorities also found what they believed to be a hand grenade at one of the mosques, and though it was revealed to only be a replica grenade, authorities in the area - and the FBI - are investigating the incident as a hate crime, LA Times reported.

Some believe this incident is a response by vandalizers to the Dec. 2 shootings in San Berardino, where 14 people were killed by attackers who were allegedly Islamic extremists, LA Times reported.

These incidents - from the one in Los Angeles to the ones in New York and Pennsylvania - come during a time when politicians from both sides of the political spectrum have used Muslims in their discussion, Riotta wrote.

But some have answered Obama's call to spread positivity and end Islamic stereotypes. As Business Insider reported, Dr. Faisal Qazi, a Muslim neurologist, raised nearly $200,000 last week to support the victims of the San Bernardino shooting.

"I was at work and my office is not too far from this site where the incident was. When we first heard it, we were all concerned because I had my own patient families that received services at the Inland Regional Center," Qazi said.

Qazi said he expected some backlash about starting the fund, but instead found a lot of support - raising $180,000 more than the group initially intended, Business Insider reported.

The fundraiser's success furthers his goal to spread positivity for the Muslim community, Business Insider explained.

"Our job is to demonstrate love, show compassion, and continue to serve our fellow man," Qazi said.

And Muslims in Lancaster, Pennsylvania - an area that's known for its high Amish population - hosted interfaith meetings in the area and created a blog for people to ask Muslims questions about their faith, Lancaster Online reported.

Similarly, a group of teenage Muslims looked to counter stereotypes by serving dinner to the less fortunate, KETV reported. Specifically, the group wanted to distance themselves from Islamic extremists and the stereotypes about being Muslims that have creeped up in recent weeks, KETV reported. 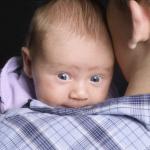 Want to Prevent Your Child From Bullying Others?…