Want to prevent your child from bullying others? Introduce them to a baby

New Research Programs Have Found That Children Who Are Exposed to Babies Are Less Likely to Bully.

Your newborn baby may be the key to stopping bullying.

That's because a new study out of Scotland has found that babies in classrooms can make students less aggressive.

Specifically, when babies visit classrooms, the children in those classrooms are less likely to bully other students because they develop empathy, Emma O'Neill of The Scotsman reported this week.

To find this, researchers reviewed people aged 5 to 8 from 26 different areas of Scotland, who were in classrooms that had a baby visit several times throughout the school year, The Scotsman reported. The research found that children in those classes had 76 percent less aggression opposed to those who did not have a baby visit their classes. And the study found that there was a 53 percent increase in empathy among students.

Students with low empathy benefited most from this sort of program, the study said.

Teachers said this is because the students who participated in this program found more constructive ways of dealing with conflict, and seeing a newborn baby made students want to behave better, The Scotsman reported.

"For some of the girls in particular that could be a wee bit spoilt, selfish and get involved in disputes, it has made a big difference to them," one teacher noted in the study. "They've taken it on board; they've taken a closer look at themselves and they've actually been behaving a little bit better with others, and it's changed them."

This Scottish program isn't the first time that babies have been linked to stopping bullying. The Roots of Empathy program, which began in 1996 in Toronto and just recently went to Scotland for the aforementioned program, has been teaching this method of lessening aggression in the United States since 2007, PBS reported.

Students in Seattle's Lake Forest Park Elementary took part in the program back in 2013. Roots of Empathy instructor Marilyn Enloe visited a classroom 27 times in the year with a baby, Claire, and her mother, Jenny Fitzpatrick, PBS reported. During those visits, Enloe asked students to identify the baby Claire's emotions and observe her development.

Identifying these behaviors and emotions helped students cut back on bullying, PBS reported.

"The tone of the room changes when Claire comes in," Fitzpatrick told PBS, "and I think kids start to think about how it feels to be treated a certain way, because they don't like it when she gets upset."

These programs have gained attention in recent years as bullying has become a bigger issue for American parents and students alike. About eight in 10 parents say schoolyard bullying is their biggest fear for their child's time in school, Consumer Affairs reported.

Students are worried about bullying, too. The National Education Association reported that about 160,000 students miss school every day out of fear of being bullied, PBS reported. Some students will even hide their talents from bullies so they won't become victims, too.

That's why the Roots of Empathy program, along with other experts, are hoping to curb bullying through empathy - specifically, making sure students understand social interactions and other people's emotions so they don't bully other students.

"Children who bully often do not understand the impact of their actions, or seem to be immune to the suffering of others," Mary L. Pulido, Ph.D., wrote for The Huffington Post. "So, helping them develop an empathic capacity should lessen bullying behaviors."

There are a number of ways parents can do this, Pulido wrote. They can show their children reports about bullying in the news to discuss how the bullied child might have felt, or they can praise their child when they display empathy.

It also may be good for parents to keep their children from violent video games, movies and TV shows, Pulido wrote.

"Shield them from this unnecessary violence, even if they complain and protest," she wrote. "Have a list of other games, videos, movies, comedies and sports programs that they can enjoy instead. My guess is that they will thank you for it when they are older." 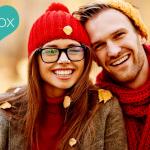 11 Words of Love Every Man Should Tell…