One big reason to quit your rom-com binge-watching

Seriously. Romantic Comedies Could Put You in Danger. and Not Because You Ran Out of Tissues.

There are few times throughout the year when there isn't a romantic comedy movie playing somewhere. From "You've Got Mail" in 1998 to "The Longest Ride" in 2015, you'd be hard-pressed to not find a rom-com film in theaters or on television at some point.

But romantic comedies aren't just an easy date-night choice or a way to pass the time on a rainy Saturday. The films have actually proven to be dangerous for viewers, putting into question why we often flock to them if they have such negative effects.

The most immediate danger comes from the behavior that's shown in these films. A new study from the University of Michigan has found that women who watch more romantic comedies tend to be more accepting of aggressive male behavior.

That's because in some films, like "Love Actually" or "There's Something About Mary," the male characters engage "in stalker-like behavior" that women will sometimes tolerate in their real romantic relationships, The Guardian reported.

Women in the study were more tolerant of aggressive male behavior than women who watch movies that include actual male aggression, like "Enough," a story about a single mother who leaves her abusive husband, or even some documentaries, The Guardian reported.

"After watching excerpts from one of these six films, participants completed a series of survey measures, including one that assessed their endorsement of stalking myths," expert Julia R. Lippman of the University of Michigan told The Guardian. "Stalking myths are false or exaggerated beliefs about stalking that minimize its seriousness, which means that someone who more strongly endorses these tends to take stalking less seriously."

This was most likely because the films with too much male aggressive behavior portray it in a negative light, whereas romantic comedies show it to be funny, comedic or even goofy.

These films also embrace the idea that love conquers all - something that forces "women to discount their instincts," Lippman said.

"At their core, all these films are trading in the 'love conquers all' myth," she added. "Even though, of course, it doesn't. Love is great, but so is respect for other people."

This isn't an uncommon idea, either. The Atlantic's Chloe Angyal wrote in 2011 that some actions in romantic comedies - which some may classify as "borderline stalking" - are portrayed as "romantic." Simple acts of persistence are seen as goofy, when in real life they are darker than they appear.

"In real life, when a boy won't stop texting the girl he likes even after she has asked him to stop, we call it 'relationship abuse,'" Angyal wrote. "When a guy won't stop telling you he loves you, and when he shows up at your school and embarrasses you in front of your peers, we call that 'borderline stalking.' In rom-coms, however, these things are called 'persistence' and are considered 'romantic.'"

But that doesn't mean you should throw out your DVD copy of "Love Actually" just yet. Romantic comedies can be beneficial in certain situations when your life isn't going the way you think. That idea is called "embodied cognition" and refers to the idea that your perception affects your thinking, Dr. Marisa Cohen wrote for Science of Relationships.

This comes from a 2012 study that looked into how physical coldness affects how much one likes romantic movies. The study found that when you're colder, romantic comedy films will make you feel warmer and more comfortable in your environment.

To find this, researchers assigned 53 participants to drink something either cold or hot; the participants then were given information on three movies from the romance, action, comedy and thriller genres, Cohen explained.

The participants were then asked to rate how they felt about the movies. Researchers found those who had the cold drink liked romantic comedies more than those with hot drinks.

"As many of us prepare to endure for what may be the coldest and worst part of the winter, take a tip from the research and queue up your Netflix for plenty of romance rentals," Cohen wrote. "Not only will they be entertaining, but they may bring you some much-needed warmth." 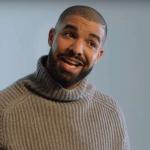