One Simple Way to Be an Amazing Parent

If You're a Parent, You Can Probably Relate to Those Feelings of Inadequacy. Here's One Simple Tip.

"Direct your children onto the right path, and when they are older, they will not leave it."Proverbs 22:6

I don't know about you, but most days, I feel completely unqualified to be a parent! The life, health, training and livelihood of three little boys is a huge responsibility, and most days, I feel like I fall way short. I recognize that God has given my wife and I the privilege of raising Cooper, Connor and Chandler and I want to raise them to be strong, courageous, faithful, smart, thoughtful, respectful and wise men of character, but I often feel like I can't compete with the world's bombardment of negative influences. If you're a parent, you can probably relate to my feelings of inadequacy.

I recently heard a great preacher named Mike Breaux tell the story of being outside on a warm, Kentucky summer night and noticing the lights in the sky. He noticed the moon and he noticed the stars and the lights from a distant factory down the road, but then all of those big lights were eclipsed by a new light that captured his full attention. A lightning bug lit up right by his face and that little firefly was all he could see.

It's the same for all of us. i've heard Pastor Rick Warren say, "You can impress people from a distance, but you can only impact them from up close!" There will always be impressive-looking forces trying to be the primary influence on our kids, but we can make the biggest impact by simply staying close to our sons and daughters. Make quality (and quantity) time with them a priority. Refuse to let outside influences pull them in the wrong direction. Give them a solid foundation of faith and love and know that even though we are all imperfect parents, we have a perfect Heavenly Father who is by our side through it all! 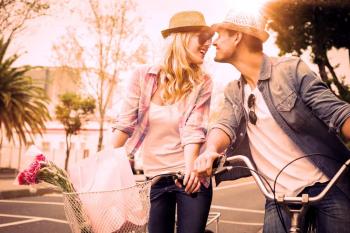 Is He Happy in Your Relationship? Here's How…